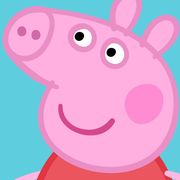 Export to Outlook or iCal (.ics)

Just in time for the holiday season, “Peppa Pig’s Surprise” (www.peppapigliveus.com), the newest live stage show based on Entertainment One’s (eOne) top-rated series airing daily on Nickelodeon and Nick Jr., will visit cities across the United States, including San Jose, Dallas, Houston and Chicago and VIP packages, which include meet-and-greets with the characters.

Let's Enter Each others Giveaways