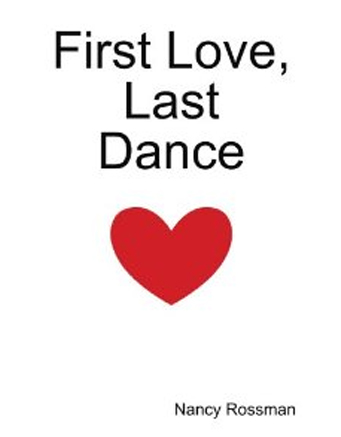 Set in Atlanta and the Ohio farm region before, during and after World War II, First Love, Last Dance is the touching, heart-warming true story of Elise and Peter, a couple who first fell deeply in love in their late teens/early twenties but weren’t able to reunite until their late seventies. It’s refreshing to read about such real life stories.

Told from the point of view of Elise’s daughter Nancy Rossman, this memoir begins in Atlanta in the late 30s and spans several decades all the way to the present.

Elise is a beautiful Southern girl from an upper-class upbringing. At the young age of 19, she meets Peter, the man who sweeps her off her feet. They fall in love. Unfortunately, Elise’s controlling, domineering and old fashioned mother has other plans for her daughter. Believing that Peter isn’t the right match for Elise, she does her best to influence her daughter’s decision until, tragically, she succeeds. Instead of marrying Peter, Elise marries a Navy pilot who, though handsome and smart, isn’t the right person for her. As a young bride, Elise’s life changes radically: her new husband takes her to rural Ohio to work on a farm. Elise is soon torn with bittersweet feelings of frustration and, at times, unhappiness. Then something happens… Each year on her birthday, Elise receives a mystery call from the South… Could it be her long lost love?

Though I’m not a big fan of memoirs, I must say I enjoyed reading this one. Written with special attention to detail, First Love, Last Dance is a celebration of love that will warm readers’ hearts. It is also a celebration of hope and second chances. True-love story lovers will relish the hope and optimism in it, while fans of Southern writing will take pleasure in the historical aspect of the setting and characters. The family dynamics in the story are interesting, too, portraying values and traditions particular to the South and the Ohio rural regions. Above all, this is the story of one strong woman, Elise, a woman who never gave up on a memory and a promise.

The author wrote the memoir as a gift and tribute to her mother Elise. What a wonderful gift to offer a mother! If you’re a fan of true love stories, you must pick this one up. This book will also make a lovely gift on Valentine’s Day.

About the author: Nancy Rossman has been a storyteller her entire life. Following a twenty-nine year career as a commercial real estate broker, Nancy turned to her first love of writing. Over the past eleven years she has studied with such notables as Alan Furst, Dorothy Allison, Abigail Thomas and Ann Hood. First Love, Last Dance is her first book. It is a memoir about hope and second chances.

WebsiteAmazonPreview this book on CNN and NBC

Replies to This Discussion

Marina Sestan is now a member of Mom Bloggers Club
Wednesday
Welcome Them!