The Pitfalls of Ad Networks 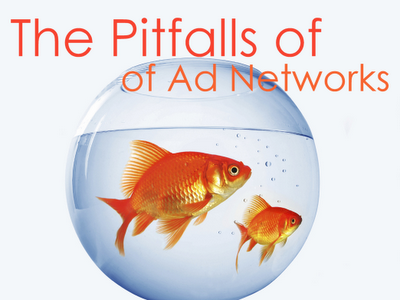 The age of online advertising is constantly changing and in the past year we've seen a real shake-up in the way advertisers and publishers work together to get ad messages to readers and online users.

National companies are demanding more bang for their buck, so to speak, and are looking for greater visibility of their ad campaigns. Large publishing web sites, however, have not been able to fulfill these demands, so they came up with a model to spread ad messages across their web site and also share ad revenues with smaller publishers. The small publishers earn a percentage of the ad network's revenues in exchange for running ads on their site. While this may look like a win-win situation for all, I submit that as a small publisher there may be more pitfalls to ad networks than benefits.

Many of my sites and blogs have been approached to join ad networks, and at first, I was extremely flattered to be asked by huge brand-name companies to join them. But then I took a look at the contracts and I started to see things a little differently.

I have seen ad network contracts where publishers must agree to run only the ads that are served by the network (exclusivity) or not run ads that compete with the ones served by the network. I have also seen contracts that demand small publishers stream content in the form of a widget on their blog or site in exchange for the remote possibility of being published on some huge news site or popular niche site. I have read contracts that explicitly say ad networks can change the CPM price of impressions without notice or give discounts to advertisers while your revenues go down without you knowing. I have also read contracts where ad networks can publish/syndicate any of the small publisher's work without notice to help sell ad space or to syndicate content with other sites in the network or with third parties.

I know ad networks are great for those who do not have the time to sell their own ad space, but sadly some of these ad networks make you sell your soul just to make a fraction of what you could make selling ads to smaller businesses.

Each time I read one of these contracts I feel even more used as a small publisher and have decided not to join any more of these networks. I also cannot wait until my current contracts are up and I regain control over my own web space again. I don't like people telling me what ads I can and cannot run on my own web sites and blog.

Even though I know I won't get the large national ad campaigns if I sell all of my ad space myself, I will have more satisfaction controlling my creative space instead of giving up my soul to ad networks that really don't care about me and my readers. As with all things, it's all about the numbers.