I'm not sure what happened to my middle child, who is now 9 years old. Sometime between the ages of two and three, he dramatically changed his eating habits. Alex went from being the "Baby Who Ate
Broccoli" to "Mr. Picky Eater".

As a toddler, Alex had a pretty diverse pallet. He ate steak, broccoli, mashed potatoes, chicken, hot dogs, apples, oranges, grapes, ... the list goes
on. One by one he developed food phobias and dropped to only a handful
of items he would… Continue

New blog posts on Real World Mom! Be sure to check them out! :-)

Today's article is exactly what we advise, and recommend, so I present it in its original presentation.

American Idol to the Rescue

American Idol came in the very nick of time, if you ask me. Which nobody did, but whatever. With the writers strike ruining all my current television addictions the little sanity I had left was in tatters. In Minnesota the winters are long and dark and full of viscous cold snaps and cyclical mental instability. Nightly television viewing is one of the 7 food groups up here and without our daily dose we tend to get a little loopy. My body sugars were getting dangerously low and if I had to… 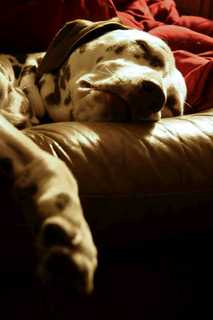 You don't have to have 10 children to appreciate this one:

An old, tired-looking dog wandered into the yard. I could tell from his collar and well-fed belly that he had a home. He followed me into the house, down the hall, and fell asleep in a corner. An hour later, he went to the door, and I let him out.

The next day he was back, resumed his position in the hall, and slept for an hour. This continued…

Recently when blog-surfing I noticed a few blogs that asked for lurkers
to identify themselves. I thought this was a great request. I am a
relatively new blogger ( March of '07 ), and am a feedback junkie. I
don't have advertisers and need some sort of acknowledgement.

I noticed certain days have themes: Wordless Wednesday, Four for Friday.... and decided to create my own blog day.
Drum Roll..........… Continue

In today’s busy world it’s hard to schedule or find time to exercise. It can be difficult, but frequently being “too busy” is all too often an excuse for not exercising at all.

My heart is heavy with sorrow. For an award show junkie like myself it's hard to even act like a normal person in the face of such tragedies. Angelina was nominated. Now I'm not going to get to see her in all her glory with Brad wrapped around her like a second skin. Or Johnny. Honey, I forgive you for Sweeney, really I do. Ellen Page got a nod and she's a hometown girl to boot, and we may never see her there again (but I'm hoping she will because she's so great and Juno was my favorite…

Be a Role Model by having a Healthy Lifestyle

What’s the best thing you can, as a parent, do to prevent your child from becoming overweight?

Do you eat food, the wrong foods, or have other bad habits that you know that sets a bad example for your children? By setting an…

Which Beat do you listen to when exercising?

In today’s New York Times, “the playlist fixation has a scientific basis: Studies have shown that listening to music during exercise can improve results, both in terms of being a motivator

To Medicate or Not to Medicate It is never easy to make the decision whether to medicate your child or not. Now there are 2 new parents' guides put out by the American Academy of Child and Adolescent Psychiatry and the American Psychiatric Association that may help.

Good Lord. Girls have the rest of their lives to wear uncomfortable clothes.

You might have plenty of reasons for not working out, but we're not letting you off the hook very easily. Here, we give some of the most common exercise excuses -- and solutions for getting around them.

Reasons to Have Children - V My
husband found an old mold of my 12 year old pre-orthodontics teeth. He
had my oldest son ( now 11 ) hold them up next to his mouth. Mmmm..
wonder whose teeth he has???

Or should I say dreary, awful, slaughter-house Todd? Then throw in some non-stop singing for a double finger rating. (You know, when you hate a movie so bad you whip out both middle fingers at the screen while the credits are still rolling.) We didn't actually do that in this movie, though, since people were clapping and animatedly talking about how wonderful it was in the seats right next to us, behind us and in front of us. The finger thing would've been over the top even for us, not to… Mommies need breaks but no one realizes that..

It’s a 24-7 job
and it’s been said a million times before, but it’s one of those things
that people say and get past..”oh, it’s a full time job..blah blah..”
but no one actually cares about the mommy, no one makes the effort to
make it easy for the mommy, no one, least of all the husband!

In cases where the mommy is working, it’s actually easier, because then bringing up the baby is automatically divided, but in cases like mine,…