Simple Ways to Deter Burglars from Your Home 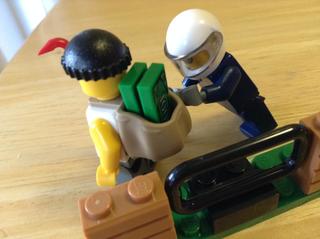 It's a classic scenario for many of us. The husband is at work, the kids are sleeping peacefully in bed, and we are doing some late night blogging. Suddenly, we hear a noise outside. Could it be a possible intruder and what will we do if this person tries to get in? Consider these simple ways to deter burglars from your home to make you and your family feel…

Get to Know More About Modern Robotics 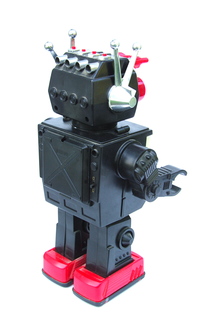 Decades ago, TV viewers marveled at the concept of a robot maid as they admired the antics of Rosie on The Jetsons. A variety of movies based on robots…

I Refuse To Be A Negative Example For My Daughter Winter is officially here! The past few weeks here in New York the temperature has ranged in the high 40s to 50s. It has…

The importance of discipline and schedules

Let’s face it, the biggest reasons why people get into drugs and general harmful habits and addictions is because they need to find a way to fill in their time of leisure. This might sound ridiculous, but allow me to explain why this is correct. When there are problems in our lives, we usually feel like working out and staying busy in our jobs can help us forget about those…

My Crime Of Fashion

Babies grow up way too fast! I especially love dressing Mikey up in the cutest onesies and fashionable outfits. This weekend, I have come to realize that I probably bought more than I should have for a particular phase. Especially dressy outfits, so this is what I am going to do.

The presence of moisture and dampness is a great breeding area for growth and yeast. This can be either outside or inside the house. Some of the most prone areas in the house are the kitchen surfaces, bathroom and on clothes if they do not dry completely. Everything has its own share of advantages and disadvantages. For mold, it can be very harmful if it grows inside a house, but it is very helpful if it grows outside…

Me and my little shadow

I was looking through our family photo albums when my son plopped himself into my lap. (Full disclosure: I love that he still does that.) He was about three years old in that particular album and as we looked through the photos and I told him stories, I realized how much time he spent following me around. If I was in the kitchen, he was there. If I went into the laundry room, he was there. If I went on any chore, he was there. I recall…

A Funny Thing Happened on the Way to Get My Mammogram - Part !

I put it off and put it off. My mammogram was about 4 months late. Who else besides me looks for an excuse to delay going? I’ve heard comparisons of that it is like sticking your boob in an ice cold refrigerator then slamming the door shut. My friend went for the first time and fainted. Ouch! I feared asking her if she was still attached at the time.

Of course there are funny aspects to this whole cancer screening thing which they say and do to you. First you…

Why do Kids Lie?

We all lie period. For different reasons at different levels at different times and to different people. I've talked about this before. Our current President is a huge example of lies. So why should we expect that our kids would not engage in this deception as well?

To co-sleep or not to co-sleep

My husband's other mom

Sometimes my Mother and my husband trade texts. I have decided this is unbelievably sweet (as long as they aren't discussing me).

For her part, my Mom adores my husband - she calls him when she needs help with something, they have been known to refer to each other as "son" and "mom," and she has always…

How To Introduce Nuts To Your Baby No matter what feeding path you chose for your little one, introducing nuts is scary. And most mamas put it off until absolutely necessary.…

My Favorite Tools for a Parent, Entrepreneur or Both 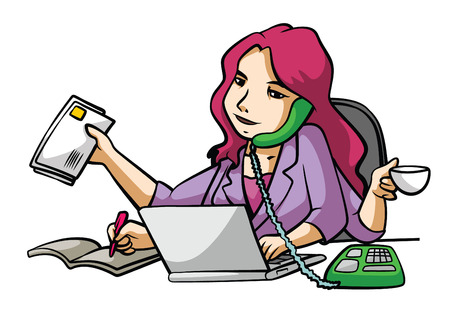 As a small business owner and mother, I am always trying to find better ways to track, manage and grow my business. As a result, I have tried some that have not worked and some that have worked great. I would like to share my favorite tools that I use on a daily basis for my business and helps me get things in order or a controlled chaos at least!

This my top tool for my business and…

Why I won't be using a baby walker!

A day in my life

Does curiosity strike you (like it does me) as to how other women run their day to day lives? I posted mine on the blog this week.  I have decided that although I manage my time well, I think I have too much I pack into a single day.  I don't know, what do you think?

A day in my life

How I Potty Trained My Toddler in 5 Days – Part 2

I hope you found the first post on potty training useful. Now let’s get into how days 2 to 5 went for us…

We started the same way and took off the pull off first thing in the morning. Again I mentally prepared him to use the potty. This time I used the Daniel the Tiger card.…

I Think I Can 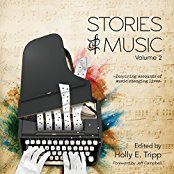 The powerful effect of music on us is universally recognized, just a few notes from a certain peace can instantly evoke memories which transport us back to another time, event, or place.

Raised in a musical family, the author, Holly Tripp has fond memories of…

What your home says about you

My Mother calls me a classic underbuyer.

There are probably many reasons for this: The fire that we had when I was little that taught me that possessions are not important. Or the series of apartments and moves that we went through that taught me to go through all my things once a year and get rid of what I…

Being a first-time parent I am sad to say when I was looking at diaper bags, almost 2 years ago, I went for cute/monogrammed instead of cute/functional. (Doh!) When I decided I needed a new diaper bag I knew what I was looking for, but I was blown away with how much diaper bags were going for. Unfortunately, I am not a parent that can spend $300 on a diaper bag no matter how nice they are. So, I continued my search. I needed a diaper bag with pockets on the inside and could one day double as…

Book Review: 50 Years in the OR by Ron Whitchurch

Five Tips For Starting Your Own Mom Blog This Year