If you are need of pest control in York PA, I think I can help. York has it's own unique set of bugs such as stink bugs, termites, Odorous House Ants, spiders, centipedes and many other pests needing control.

First of all, if you are currently having pest control problem in York PA and you need help right away, I recommend calling a local pest control company such as… Continue

Make a snowman with your own snowman kit! Fun activity for kids.

It snowed here big-time two days ago and we had so much fun playing outside! I had just bought L a small shovel at the mall as a treat after his dentist appointment (we made it through another difficult one) because I know how much he loves helping Daddy shovel the driveway.


And I got to make a snowman for the first time in about 25 years! Two years ago I bought this cute snowman kit at a sale at a local school. The kids had made many of these…

If you have termites needing control in York PA, I would like to help. It can be very scary when termites swarm in your York home; getting honest information is important! If you are seeing termite swarmers, you are probably freaking out right about now--but don't get excited, the ones you see are not the ones doing the damage to the house. Before I go any further, please realize that you are going to need… Continue

When Do You Crown Yourself a "Writer" ? 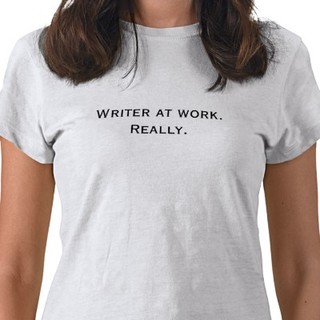 What is the real deal about blogging? I was involved in big discussion a few months ago with a friend and well known popular blogger about how the blogging community has evolved and changed for the worse. It was mentioned that she is unhappy that people spring out from no where and just because the write about fashion and post a few pictures, they claim themselves to be… Continue

As posted on my blog.

Let me Introduce Myself

One of the most often things that women say to me is, "I don't want a national pest control company, I want a local company… Continue

It sounded like a good idea at the time.

I had read an article about these super-cool magnetic bumper stickers, CAUTION NEW DRIVER, and thought to myself. What a brilliant idea! Whenever I'm having my newly permitted child practice driving skills, I'll just slap it onto the back of the ol' van. Then all the other kindly drivers will be instantaneously aware and think to themselves, "Oh, look. How sweet, a new driver. I'll give him a nice, wide berth so he has plenty of room as he…
Continue

I was going through some old pictures today and I came across my very first Character Blanket that I made. Gotta Just love Mickey, dont you? I was pregnant with my son and wanted to make a special blanket, so I browsed through the crochet…

Today I am talking to the ladies of Lancaster PA about termite control. Now if you need termite control in Lancaster PA , I can help. There are some important things you need to know, for instance, if you are seeing termite swarmers, they are not the ones eating the house. It is the termite workers that do the damage. So don't freak about them, simply vacuum them up and call a local termite… Continue

The British Journal of Psychiatry has published the findings of a new research study from the Australian National University. After studying 1,241 women, scientists concluded that women's memories remained as good during and after pregnancy as before. Prof Helen Christensen who led the study said "women need to be less automatic in their willingness to attribute common memory lapses to a… Continue

Your Role as 'Keeper of the Home'

About a month ago I attended a wonderful gathering with a handful of women who were interested in gaining a biblical perspective on our role in our homes. We were introduced to an amazing book by Devi Titus,…

Your five year old is definitely old enough to know he should not be taking things without asking or paying for them. In other words he is old enough to know that stealing is not acceptable. If you are like many parents who have arrived home to find there little one had taken something that does not belong to him, utilize these good parenting guidelines as help for child stealing.

1. Although you may very well know your child has stolen, do not lose your temper and immediately begin… Continue

The first tip to creating healthy toddler eating is a rather obvious one but one that is often overlooked or not adhered to. It is vital that parents provide healthy foods by keeping the shopping on a healthy level for everyone in the family not just their toddler or baby. Good parenting means providing good healthy meals at least 90% of the time.

Remember that by… Continue

There are some great new sewing tutorials on my blog! Just sharing the FREE goodness with everyone!
notesfromtheparsonage.wordpress.com…
Continue

Life on a Pedestal

When my dad was alive, he was the only man in my life whom I could ever
respect wholly. Even being married to my first husband did not make me
feel differently as I continued to look up to the one man I knew would
always be there. My dad and I did not have many words between us; I
would drive him to a function and the only words spoken were, "see you
later". He would close the car door and I would drive away, wishing I
had told him about my day, beating myself up… Continue

Here is what I got:… Hello!! Just joined...so excited to explore this site and check out some blogs from fellow mama's! please stop by my blog and have a look!
Have a great day!…
Continue