On this Leap Year, children and adults should consider taking a leap out of American Heart Month (February) and into oral health care; the key here, though, is to make sure to leap back again. That’s because the connection between oral health care and the heart is enormous.

In fact, it’s not just the heart.

A recent article in the Wall…

Although this might not sound very succulent, I was once an avid coupon clipper. But, quite frankly, I got tired of having coupons pile up at the bottom of my purse and getting all ripped and soiled and the whole thing just became too much of a hassle.

Now, before you mention that there are accessories to organize coupons, you should know that I also had a coupon folder to help organize but when I changed purses, it did not always find its way into the one I was using. By the time the…

Last year Amazon launched a Lending Library for Kindleand Kindle app with over 11,000 libraries across the US. This means that if you have a library card you can check out ebooks from your local library and instantly start reading them on your Kindle device.

Now, most people think that these free books include only…

From the moment my little buddy joined me in this beautiful world
I knew from the bottom of my heart that it was a better world because he was here...with his sweet brown eyes, his smile that makes his mommy melt every time,
his charming…
Continue

I know I risk getting things thrown at me for saying this but trust me I do appreciate it fully, so please refrain from hating me quite so much...Joshua has always been a very good sleeper. I've said this before and I do… 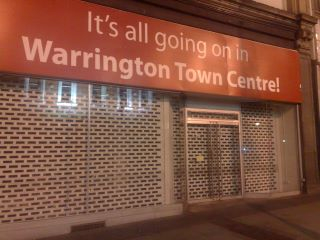 Leap Year or Leap Day? Whatever it is, check out our Deal on Kids Belts

In honor of Leap Year or is it Leap Day?  Well, whatever you determine it to be we have a deal for YOU!   We are offering free shipping on all orders $25 & up. To get this deal, just visit,  www.CuteBeltz.com for our current selection of belts for infants & toddlers.  If you didn’t know, we offer easy to use Velcro belts and the traditional D-ring belts for…

Christian Horror Novel Explores Concepts of Free Will and Evil 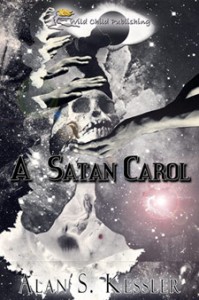 A Satan Carol by spiritual horror author Alan Steven Kessler combines elements of the macabre and parody/satire to explore the concepts of free will and evil. Not having read in this horror subcategory before, I was intrigued when I received a copy of this ebook for review.

The story begins in 1848 Ireland during a time of intense famine. A poor, nearly starved boy…

Are we raising entitled kids?

In this day and age (pardon the cliche) it is hard to motivate kids without using some good old fashioned cash... but we may be sending the wrong message. Click the link above to read more... 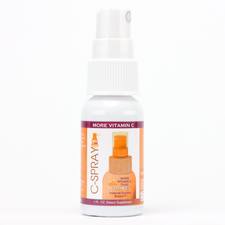 Every year I'm always dreading the flu season.  I always seem to catch at least one bad cold that keeps me in bed for a few days.  Being a mother of two, I can't afford to get sick and stay in bed since my kids are only 3 and 1.5 years old.  My husband is constantly traveling for work, so during the week, I'm a single parent.  I decided that I needed to do whatever…

Right. This has got to stop. Me and Dave are suffering some sort of self harming compulsion where, on a nightly basis we wedge sharp wooden sticks in our eyes, pace frantically up and down the living room and sporadically toss buckets of stone cold water over each other. We then down line after line of espresso in the hope of remaining awake, for no apparent reason, until 1am. We then hit the hay, slip into a exhaustion induced coma, and wake angry, unrefreshed and cantakerous to BB's…

But Mom, It's Not Bullying, it's Just Drama

But Mom, It's Not Bullying, It's Just Drama… 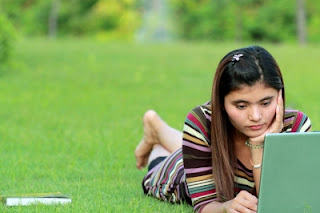 Working (slowly) toward the power of positive thinking

What a wonderful life I've had! I only wish I'd realized it sooner!" - Colette

I usually give up chocolate, or pop. One time, I think, I tried to give up coffee. But not this year.

I'm talking about Lent, of course. Lent, for me,  is a season of reflection, of spiritual housecleaning. I give up a little something, or try to add something meaningful to my life.

I'm not always successful - and in the past, my changes haven't…

Stop the Madness! Save Our Kids!

I was deeply saddened by the incident in Ohio yesterday, another school shooting. I blogged about this on Keta's Keep, Keta's Keep.

Please stop by and leave a comment. Moms are powerful, banded together their unbreakable, unstoppable. Please do your part when it comes to school violence!

Read my article on Keta's Keep to see what YOU can do to help save our future generations.

Four of my insanely cool coworkers and I decided to start a little running club. Or... we are running 2-3 times a week and it has become a little club? Today was our second time and I am so proud of them! I just have to share. If this inspires even just one person, than I'm happy. One of our runners is super-beginner. Meaning, not only does she…

My daughter is obsessed with baby dolls.  She is so obsessed with receiving baby dolls as gifts, that she thinks that every present she receives (or anyone else for that matter) is going to contain a doll. Life can be disappointing sometimes. Especially when a prettily wrapped present does not contain a baby.

This is why I thought she'd get a kick out of this 5 minute craft that I whipped together during nap time.  What I put together was really intended to be a prototype, but it… 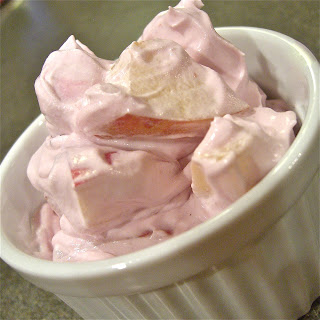 This is a quick, easy, fresh and tasty side dish that you can add to almost any meal. Perhaps this is even too simplistic to blog about, but it is one of my favorite salads (and apparently a favorite with my nieces and nephews as well) so I decided that I'd get it out there.

I had never seen anything like it. A website that satified my love for shopping for my three month baby and my little toddler girl. This was surely a mothers treat. I had been sitting at home looking after my two kids and I was contemplating going out to stock up their wardrobe. Decisions, decision - what am I buying and where am I buying it. Yes the same old same old high street popped up and to be honest I was tired of dressing my kids in the "expected". I wanted something different,… 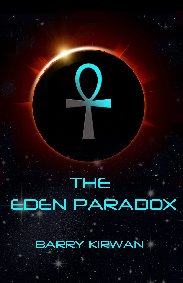 The Eden Paradox, by Barry Kirwan, is an enjoyable read that will be relished by fans of science fiction.

Fifty years into the future, the earth has been maimed by war and is near collapse from heat exhaustion. Scientists have already found the vaccine for AIDS and robot soldiers have quelled rebel invasions. The 3-year long World War between the United Secular…