The Best Valentine's Day Ever !!

I spent this Valentine’s Day with my oldest daughter while my husband spent it with our youngest. We had a great evening. She assisted me with a shopping event while updating me on the latest happenings in her life. I listened to her and thought…my daughter is now a woman. I pray that she finds a love that touches her soul the way her father has touched mine and the way my father touched my mother’s soul. My parents were married more than 50 years when my father…

** The noise in my house is often so LOUD that I could walk out and nobody would even notice.

** It would be AWESOME to still get care packages every now and then like we did in college.…

I am new to this whole mom deal...but I have come across some pretty crazy baby items during my searching online for products and during registering!

Checking out my products I love to hate =) www.lisammartone.com

It's time to start an honest conversation about money

It will start with three jars.

The first jar will be spending money - for candy and small toys that fall into the "want it now" category.

Huggies is doing something pretty cool- They have a challenge for you and a fun online game but by playing you may be able to help a baby in need :) Pretty cool.

If you've ever visited my blog you already know I'm a huge Huggies fan. I'm a first time mom and when Matilda was born it was so important to me that she was covered and protected and I had the best diapers possible. Huggies Snug & Dry were those diapers. Being a mom for the first time means Matilda and I…

Accepting When I Have no Control

Keeping my head up when things are rough is hard. I will admit I had a pity party last night, but today I will keep my head up and accept that sometimes things are out of my control. Sometimes no matter how hard I work at something or how much effort I put forth things may not work out in my favor.

Two weeks ago I turned in a resume and letter for promotion to Detective Lieutenant. I have been a Detective since 2008 with a 1 year leave of absence. I also have a degree and 2 years of… Continue He's the Boss Around Here

I cannot be the only one....who is a Mama to a child that believes they are the boss in your house. Giving directions in place of taking directions has become a normal Sonny Boy'ism, whether it be when the dog needs to be walked or what I will serve for dinner, his two cents are thrown around freely. Sonny Boy's bossiness is especially in full swing when he's playing, or rather supervising, with me or his dad.

I've seen this bossy behavior in other homes as well, like the time I was…

Parent Leadership, One of Our Most Valuable Resources

One of the most valuable resources our society has at our disposable is parent leadership. February is National Parent Leadership month. Created by Parents Anonymous ® Inc. in 2004, February is set aside to recognize, honor and celebrate parents for their invaluable leadership roles in their homes and communities, as well as state, national and international arenas. This annual event acknowledges the strengths of parents as leaders and promotes awareness about the important roles parents can…

Mommy can't get a word in edgewise

2.9 million newborns around the world did not live past 28 days and 1 million of those babies died within the first 24 hours of life? 1.2 million babies died of stillbirth in 2012. These numbers are reported in Save the Children’s latest report released today: Ending Newborn Deaths: Ensuring Every Baby…

Day 1 of blogging on mombloggers

I just finished making Chicken Stir Fry over rice. Baseball practice is over and my almost 5yr old did well. Still gotta pick up hubby at the train station and bring our new puppy a blankie of our scent. 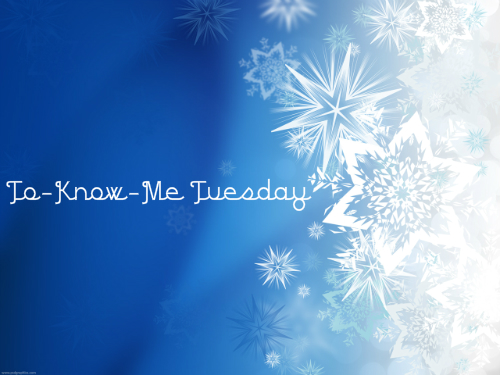 I'm not one of those people that go to a movie theater every time a movie comes out, but I do love movies. Who doesn't? There is a movie for everybody. In this To-Know-Me, it's all about ten of my favorite movies. Please believe there are a lot more than ten...but good thing there are future TKMTs to do.

Take a look and link up …

Look at this adorable wee lamb

Check out my Mommy Confessional and add your own!

My Fiance Quit Smoking With These

Meet the February Mommy Master-You could be next!

Congratulations to the Mommy Master of the Month, LaKia Allen.  As a mother and entrepreneur, LaKia certainly knows how hard it is to balance it all and how easy it is to feel defeated and run-down.  She is helping moms gain the confidence to bounce back!

LaKia Allen is a certified life and health coach. She is also the founder and owner of Connect 3 Coaching…

My kids have always LOVED commercials.  Maybe it's because their dad works in advertising, or maybe it's because, unlike me, they never ever get tired of hearing the "Flipeez" theme song that seems to play on repeat between shows.  Whatever the case, when an ad pops up on the screen, my twins are completely riveted.  So when a totally inappropriate commercial was shown during a KID movie on…