Happy Easter – What Did The Easter Bunny Bring Your Child?

Easter Sunday is an important holiday and is a day of celebration.  It is the day that of our Savior “Jesus Christ” returns from the dead.  He was resurrected three days after he died and he was placed into the tomb which was heavily guarded.  Easter is celebrated on Pentecost Sunday, which is the Sunday following Holy Week.  Many people attend church and spend time with their families on Easter Sunday.  Easter does not fall on a particular…

Today, I entered into the age old practise of the Easter Egg Hunt. Or the Mum Suddenly Thinks It's Okay To Eat Stuff Off The Floor O-Thon.  As you may be new to this custom, I have decided to give you a run down of how things might pan out for you. You'll need small chocolate eggs, a novelty basket and a will to win.

How To Cope When Your Child Is Diagnosed With ADHD

Q: My child was recently diagnosed with ADHD, what can I do as a parent to help?


A: Attention Deficit and Hyperactivity Disorder is a mental disorder. More children today are being diagnosed than adults. Symptoms include unable to focus, excessive talking, very hyper, in some children encopresis ( voluntary and involuntary passing of stool), and there are many other symptoms. As a parent with a ADHD child times can become very overwhelming, you feel you want to help but not… Continue

So, I had heard great things about startsampling.com, so I decided to try it out for myself. In the past, I had poor luck with receiving samples that I had signed up for at other websites, but I must say, I am really impressed with my experience!

Not only did I receive large samples of haircare products sent specifically to my hair's needs, but I also received a surprise yesterday from Similac. I went to the mailbox, and found a box inside that was nearly too big to fit. When I…

Why Did I Stop Doing This?

I'm getting back into the swing of things with a party I started back in 2008 (I can't believe it was that long ago!)  Come join the fun at the Virtual Girls Night Out!

I started this party on a summer night when my girls had friends over and I was in need of adult conversation and fun.  While my girls watched High School Musical I created my own party…

My Appearance on The Dr. Oz Show to Inspire Moms Through Divorce

Taboo. Plague. Stay-away-from-her were the thoughts and feelings I had while going through the most unfortunate of relational events - divorce.  Not only is divorce devastating and painful, when kids are involved, the pain is indescribable.  I decided to turn my pain into something productive - an event to encourage other mothers to find resilience in their inner and outer beauty.  Beauty is power!  Yet beauty is the very thing we let go of during and after divorce.  This does not have to be…

TODAY... GEOF |Global Echo Online Forum| (www.GEOF.us) posted its APRIL 2013 Issue. Take a look and tell me what you think! Car Reviews of the 2013 Cadillac Escalade Hybrid, 2013 CHEVY Volt and the Heart Racing TESLA Model S. Then you have a story of a man wanting to be a HERO and discovering that LOVE was his PURPOSE! GEOF's APRIL 2013 Issue

With Easter just a few days away why not add something more than candy to your kid’s basket.  Check out some of your ideas for making your child’s Easter basket fun, creative, and unique.

Toddlers are just beginning to learn about Easter and what it means to receive an Easter basket. Keep it simple with brightly colored plastic eggs. In the case of toddlers, you…

I could not put this book down. Pandora's Lunchbox: How Processed Food Took Over the American Meal by Melanie Warner is a must read. It is an eye-opening and educational look at modern food and food production, the country's attitudes toward food, and just how big the role of science is in food creation…

When I was in high school, my neighbor gave me a basket of chocolate covered fruit. There were individually dipped pineapples, strawberries, but best of all were the grapes. Chocolate and grapes make a surprisingly delicious combination. I love to make them myself when the grapes are really good. And today we got our first taste of perfect, red grapes. So excited!

I don’t individually dip the grapes. That would take too much time and isn’t necessary. In fact, I like breaking them…

6 Things You Should Discuss With Your Child’s Doctor 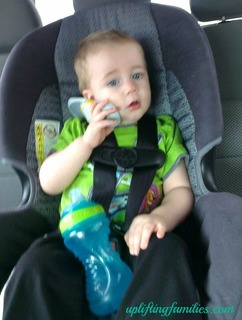 My son was still running a fever all day yesterday so I decided to schedule him an appointment to go see the doctor.  We got to the doctor’s office and my son was talking up a storm and seemed happy.  He wasn’t acting sick at all and I was worried that the doctor wouldn’t find anything wrong with him.  After all he is almost 2 and it is possible that his 2 year old…

The Liberal Catholic: Part I

When I first started blogging, I did a search for do’s and don’ts. It was advised not to take any religious or political stands. However, I’m not a single parent expert or anything—I just blog about my life as a single parent. And I feel that some topics certainly affect me as a parent so sorry blogging advisers. I also want to make clear that I respect all…

Many women seek a gay man as a BFF for several reason including, but not limited to: the security of male companionship without worrying about sexual advances, harmless flirting with no expectations, and total honesty to relationship insights. I have all of these BFF qualities with my friend, Jordan, except that he’s straight. Jordan and I met in college, where we…

Jesus Paid It All

JESUS PAID IT ALL! I love that phrase and it has been on my heart

for weeks now. I choose to remind myself of this in every circumstance. Especially in times where Satan or people try to remind us of our disappointment, our inadequacies, our past, and our shame. There are plenty of people who have given up on life because they don't understand the precious freedom that…

5 Ways to Keep Your Child Entertained While Sick 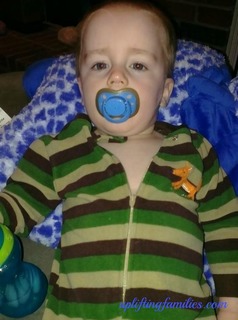 Yesterday I didn’t get the opportunity to write a new blog post.  My baby normally goes to daycare during the day because it is hard for me to care for him by myself due to my current medical problems.  Tuesday late afternoon I got the dreaded call from the daycare that my baby boy was running a fever and that he needed to be picked up as soon as possible.  For the…

6 Tips to Improving Negative Self Talk

Does your mind work in the ways of a hamster wheel? Once something bad happens you find yourself…

Spring into New Technology With Cloud Based Storage

It is terrific to spring into action by taking advantage of cloud based storage technology. Storage mediums for computers have changed drastically and over the course of the past twenty years. When I purchased my first computer 20 years ago, we used 5 inch floppy disks for storage. Later the floppy disks dropped in size to 3 inches. Later there were jazz drives, portable hard disk drives, compact discs, DVDs, SD card and flash drives available as storage options. Today cloud based storage…