No Time for School Lunch

You're 10. You enter your school's cafeteria with dozens of other 10 year olds. Try to recall the sights and smells of the elementary school cafeteria- green beans swimming in a pool of stagnant, green water, the square pizza with cubed pepperoni, the fruit cup which does not seem to resemble any kind of fruit you've ever seen in your life, the unnatural flourescent lighting, exacerbated by the fact that there are absolutely no windows.

I have had it with excessive toy packaging! 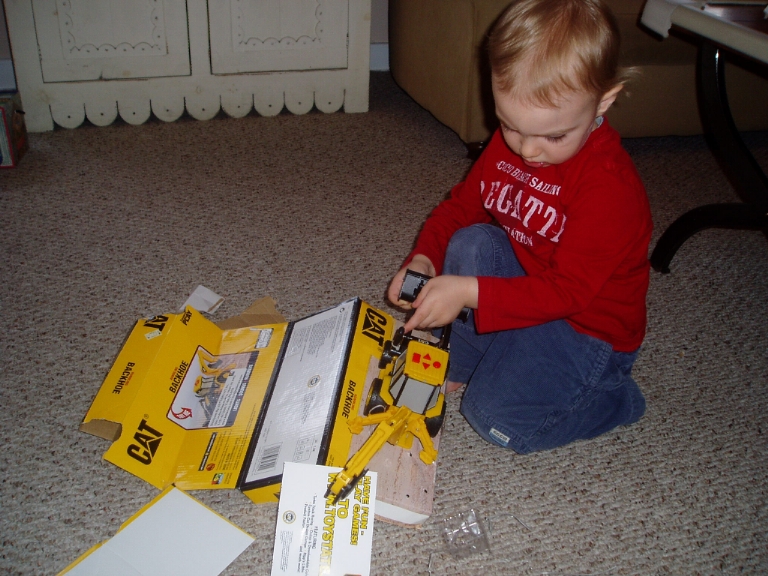 I promised you the story and the pictures of opening the packaging of a new toy for Landon. Don bought him this noisy backhoe that came in the most ridiculous packaging I have ever seen. It was tied down by tiny screws, of all things, and it took us 10 minutes to open it! We were fuming and poor Landon had to be so patient. After we finally got it open, I took care of the noise by taking out the batteries right away, there was no way I was going… Continue

Giveaway - Natural Probiotic you can give to babies and small children! Some medicines, certain diseases, travel, and stress can cause an upset of the balance of microorganisms in our body. Florastor Kids is a probiotic that can protect your child’s intestines from “bad” organisms.

Florastor Kids is a clinically tested, natural, yeast-based probiotic that aids in the growth of good microorganisms in the intestines. It helps maintain or restore optimal intestinal health and promotes healthy bowel function.… Continue

Over at Dominique's Desk this weekend we are having a great giveaway. One lucky reader will be offered a 6 month Platinum Membership to WAHM-Articles.com/Forum

What is this site about?

Many of the members at the WAHM-Articles Forum are experienced article marketers and publishers, so it’s a great place to hook up with website owners who are looking for articles like… Continue

A Tribute to my Mom

She asks for no rewards
She does all she can for her family
She even goes without sometimes
She loves....

Check out the latest post on my blog: A Tribute to my Mom 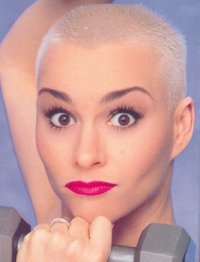 It is about time for me to shed my baby weight. My clothes aren't fitting right. Plus, my sister-in-law's wedding is next January. It will be a year after I delivered my last child so if I still look pregnant it will be dishearening to say the least!

So, while I am not going to follow the Stop the Insanity! program… Continue 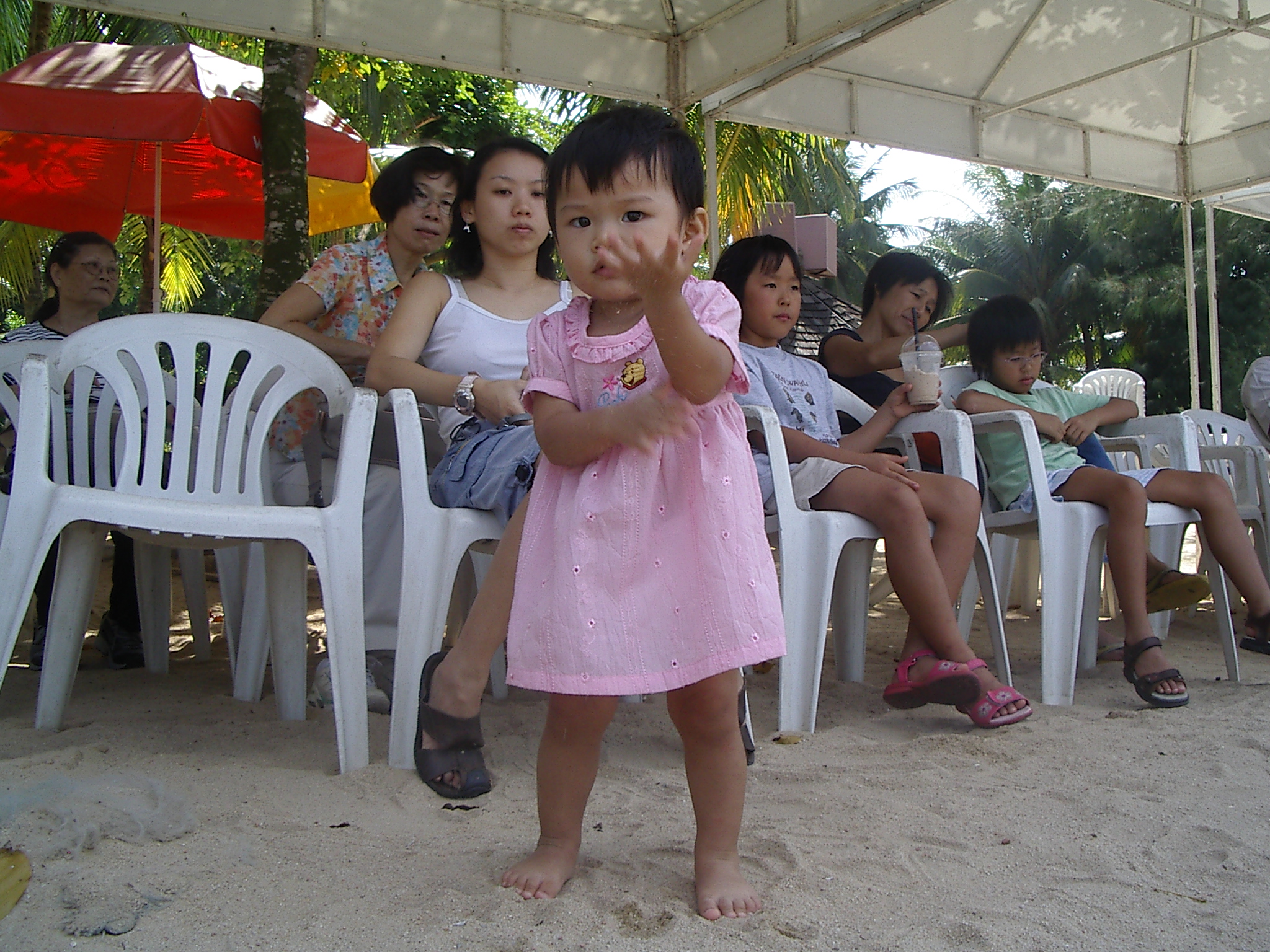 When Little Sprout was 10 months old (She walk quite well already), she used to pick up the stones or dried leaves, sometimes even rubbish on the playground. I always warn her "Dirty, throw away!!"

Then one day when I caught her playing with the dirty clothes in the laundry basket, I instinctively shouted "The clothes are DIRTY!", and she replied " Dirty, throw… Continue

EXCITING NEWSHi, everyone my name is Anisia. It has been a while since I have been here but i have great news about my company we have great benefits for both possible customers and possible career builders. We have poducts that safer your family and friends they dont contain alot of toxins that most store brands do and they also reduce allergens in the home. If would like to know more about this great opportunity to earn extra cash and enhance the lives of your loved ones dont wait… Continue

Like nothing ever happened, my week following Social Media Meltdown has been much more calm and serene. Back to my ol’ routine I find myself waking up earlier again and even though the light of dawn still brings bags under my eyes that are forever adjusting to gravity, hair that actually defies gravity and scuffing feet that barely lift one foot in front of the other, all may look like the heavily sedated depressed soul of yesterday, but I can tell on the inside… I’m different. I’m back. I know… Continue

Are You Just Watching from the Sidelines?

Have you ever watched a friend or relative get in amazing shape and thought to yourself, “I should do that someday?” Chances are there is someone in your life that you have watched from the sidelines, but something has held you back from getting in the game yourself.

Well, spring has sprung and it’s time to get in that game today. Stop waiting for tomorrow, or Monday, or when you lose 10 pounds so that you feel better about going to… Continue

We talked some time ago about the physical health benefits resulting from daily tea drinking. Regular doses of antioxidants, as well as increased hydration and alertness, are just a few of those benefits. But tea has an experiential component that benefits mental health as well. A few moments taken to sit, sip and contemplate will give your poor, overcrowded brain a rest!

Easier said than done, right? Well, here’s an idea from our fellow Chai Babies out there. Claim one ritual for… Continue

Want to spice up your meals? Adding masala chai to your favorite holiday dishes will give them a wonderfully exciting layer of flavor.

1. Breads. Add one cup of prepared masala chai to pumpkin or cinnamon bread recipes for wonderfully varied and spicy flavor.

2. Veggies. Use prepared masala chai to steam vegetables and rice or soak lentils and beans.

Check out our Mother's Day Gift Guide. From cell phones to laptops, digital cameras to MP3 players... there is something for every mom and every budget.

Get mom a great gadget this year. It will last a lot longer than another vase of flowers.

See what moms are creating....

If you're wondering what some moms are doing with their time. Check out this post on my blog where artisan and business moms create wonderful things for moms like you!

Inside the Preschool Mind

Perhaps the alternate title for this post should be something like: why your preschooler doesn’t take a coat when it’s cold outside. Although I don’t have children yet, I’ve been around enough of them to know that they often do not follow the directions or precautions you give them, no matter how many times you repeat yourself. So why is that? Are they just choosing to ignore you? Or is there something different about the functioning of their brain that makes it difficult for them to plan… Continue

So what have I done?

I'll be honest, I've been following Moms Bloggers Club on Twitter, and thought I'd join. I have no idea what I've just joined....so bear with me. What have I done? What am I doing? Where do I go from here?

Like everything else in life...I'll just stumble through it! =) 1. Start putting her on pants instead of napkin during daytime.

2. Placed a few potties around the house, easy for Little Sprout to reach out.

3. Showing her a good example of peeing in the toilet bow.

4. Praise her, give her a hug and kisses when she pees or poops in the… Continue

Today is the big day—President Obama’s 100th day in office. This is the standard for evaluating a president’s initial achievements. Columnist Suzanne Goldenberg, from U.TV, writes about Obama’s ambitious progress to shift America towards a green future. Amidst the current economic and environmental challenges, Obama has been forced to face a daunting task—devise a recovery package that will help our ailing economy along with transforming a green future. All eyes are on this hopeful leader.… Continue