Mother's Day is just around the corner, you know, and what better time to shop for yourself or for someone you love??!! And how cool would it be to do it in your skivvies (if you're so inclined, that is) in the comfort of your very own home?! Well, I'm here to offer that very same convenience to you all with a bonus chance to win some pretty cool free…

I was lucky enough to receive a copy of Don't Sweat the Small Stuff for Moms by Kristine Carlson. This book has smacked me in the face with awesomeness. Yep, I just wrote that! While my choice of words may not be as refined as other people's, I mean it 100% when I say I LOVE THIS BOOK. It has definitely changed the way I look at being a Mom. It has helped me prioritize my day and realize that all the…

I was originally inspired by this great post from Instructables, one of my favorite websites. I am throwing a garden themed party this year for my daughter’s birthday and thought that these would be perfect. They would also make cute adornments for gifts.

Here is how I made these cute Recycled Water Bottle Butterflies.

Get Ready …Mom Fun on the way Get ready for another 24/7 MOMS live webcast – the TV show  just for MOMS – one hour of chat, ideas, giveaways and fun.

Giveaway!!! What MAC Fashion Set are you? The winner will be selected via rafflecopter random generator. At the end of this…

I recently took my 11 year old son for his yearly well visit with the pediatrician.  At the end of the appointment, and after being assured all was indeed well, the doctor handed me a nifty little printout detailing the visit.  The first page listed current height and weight, any labs and tests ordered, results from vision and hearing screening, and any follow up…

What I wore to my Meeting with TJ Maxx

There are some brilliant things about having a baby. No, really, there are. Stick with me here. Despite the full wardrobes of stained clothing, the body parts I own that now resemble deflated balloons, and the awkward smells you have to pretend are nothing to do with you while walking around ASDA (doner meat never agrees with me), there are beacons of baby induced pleasure lurching in some shockingly odd places. Take today for example.

The Mom Who Does Not Play Well With Others

"Go outside and play with the other kids!" That's something I heard too frequently growing up. They are probably words I hated hearing the most. Way more than " You're grounded" or "No TV", nothing filled me with more dread than that horrid phrase. I was a strange kid I suppose. You see, on stage at a dance recital or in a play, I was at home, I felt good. I felt safe. But eight six-year-olds in Brownie uniforms could induce cold sweats and projectile vomiting. Needless to say,…

“My kids tune me out!” “It’s as if I am talking to a wall!” "All I get are one word responses!" Having heard this as the number one complaint from parents for over 25 years I decided to approach the challenge a bit differently. I…

For me, social media is just another place to chat about writing and books - and stay in touch

I was reading a few funny blog posts the other day from writers who were getting a little frustrated with social media.

They didn't want to blog or tweet or Skype or sell - they just wanted to write. And while their comments were funny, they were serious.

I could relate. While most of the time, I'm very enthusiastic about blogging…

After regaling you with tales of my "completely unbecoming of a mother" bikinis, I went shopping. 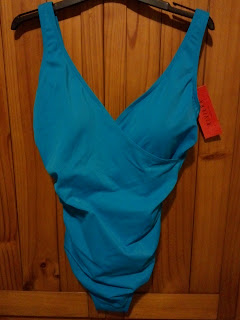 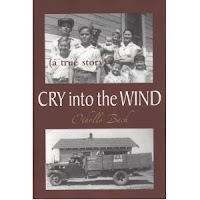 CRY into the WIND – Review by Martha A. Cheves, Author of Stir, Laugh, Repeat; Think With Your Taste Buds; and A Book and A Dish

‘The shovel of the backhoecame down and for the next several minutes, the stranger dug a trench in the field. When he had finished, a gaping hole about six feet wide and twenty feet long lay before us. The pile of freshly…

I am sorry but I AM THE DANGLERS.

I, little old me, of innumerable a culinary incapability, have become a PROPER CHEF, who follows actual real life recipes and that. And uses spices and stuff. And herbs. See. Proper.

Watching, wholly intimidated, as Dave nonchalantly wazzes in a pinch of this and a slosh of that and it magically turning out tasting sublime... I decided I had to up my game. I'm a wife. A mother for God's sake. I should be able to chuck some stuff together. It's…

What do you do when you need help caring for a family member at home, but don't want a stranger in the house?

My mom was in her 50s when we first looked into hiring a home health aide to help her around the house.  Unlike the typical elderly or senior person most home attendants are called to care for, mom was still pretty young, in her 50s then. But  she was now blind after a surgery didn’t go as we hoped.…