I so love the Marin French Cheese Company. It's about five minutes away from our house and it Rules for picnics on a nice day.…
Continue

Today is officially the last day of July. I can't believe this summer has been flying by so fast. It feels like yesterday I was getting out the summer clothes and planning Raelyn's birthday festivities. It feels like time is just passing me by! And has anyone else noticed that it seems like it's already starting to get dark out sooner? Apparently, a cold front is coming through as well so this last day of July is feeling more like mid-September. I'm not ready yet! …

The Pursuit of Happiness

One of my pre-recession pleasures in life used to be curling up on the sofa with a glossy magazine and a small vat of tea.… Continue

“Trust in the LORD with all your heart and lean not on your own understanding; in all your ways acknowledge Him, and He will make your paths straight” Proverbs 3:5-6

I find being a mom of boys a HUGE responsibility. No, I'm not knocking all the wonderful moms of
girls. I just happen to have boys so I'm writing what I know.…
Continue

Last summer we started our "letter of the day" study. It's taken us a while, but we finally got through the remaining letters of the alphabet so that I could assemble the collage pages into a book. Munch has gotten fairly proficient at writing her upper case letters, so I added some practice with lower case letters.

Letter S,s- We used rubber stamps and stapled on straws to decorate the collage page.… Continue

While watching one of his new Mighty Machines DVD's.

"Mom, what's going to happen now?" He asks me, his eyes glued to the firetruck on the screen.

Very annoyed, he smacks his hands down on the arms of his chair and says,
"Why don't you know… Continue 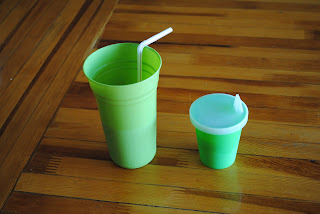 It's that time again!! Go link up and find some awesome blogs!!


I LOVE new followers...just make sure you leave me a comment and I'll follow you back! Promise!

It's been ages since I've visited the Bay Area Discovery Museum in Fort Baker/Sausalito, at the foot of the Golden Gate Bridge. 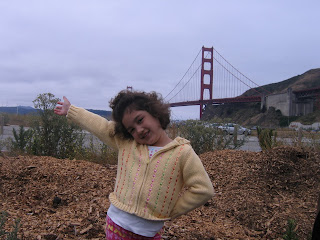 I actually volunteered at the children's museum back in high school. At the time, they were located in a shopping center and maybe took up one or two storefronts. I'd organize crafts in the art room, pick up all… Continue

Where does all that change come from?

How many times have you washed laundry, cleaned under the cushions, or vacuumed only to find loose change? Where does it come from? Why don't we miss it when we lose… Continue

Dining Out with the Girls: Ubuntu in Napa, CA 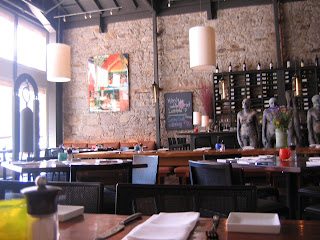 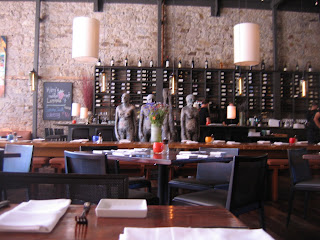 I love Ubuntu in downtown Napa. My first visit was with AudioDad in late winter. I had heard so much about Ubuntu's seasonal menu. AudioDad didn't quite know what to expect when I told him it was a vegetarian… Continue

Yes. It’s been hot here.
No. This recipe is not altogether organic.
Nor is it superbly healthy, complicated or beautiful.


But beware if you’re pregnant, hungry, or looking for a quick-filling meal on a hot day. This one takes but a few moments to prepare and requires no patience at all. Unless you don’t have access to Fritos (or some similar corn chip). Do not ask me how many of these we consumed while I was pregnant. Glenn should be a big fan. Just…

The Cyber Kingdom of God

But the crowds found out and followed Him, and He welcomed them
and spoke to them concerning the kingdom of God; and those who had need
of healing, He healed., Luke 9:11...Who would have ever thought,
you could join a social network, and the power of the Lord, be
revealed. Read a blog and know in your heart, that He is real...speaking
to His beloved still.

Not from a burning bush...but as simple as a… Continue

Today is the last chance to enter my Free Blog Design Giveaway!

One of the things that is almost near impossible to avoid when having a baby - diaper rash! How NOT fun..Jaliyah did not get her first diaper rash until a little after 2 months. I used just a regular, popular brand of cream which seemed to work pretty well and the rash was gone within a week. The diaper rash returned a few weeks later and at her DR appt, he prescribed her a prescription strength cream. That was recently, and I have been using this cream for about 7 days-ish. It did help a… Continue

So I've been consumed lately on the design of my blog instead of its content. I think I have it the way I want it now at least for a little while. I'm never really satisfied.

So of course I'm doing Feature Friday today, but thought I'd start off with a little flashback in honor of Flashback Friday.

My son was approximately 8 months old when it was a frosty Wednesday bath night.… Continue

Five Question Friday... according to my 5 year old.

From the Gift Store
2 hours ago