My Nice Experience In US Embassy

It was still dark when I was there joining in the queue at around 7am in front of the US Embassy entrance. My appointment was fixed for 7.40am, I guess the earliest slot for the day. Initially the queue was quite long but when the guard announced that those with appointment at 7.40am were only to queue up, the line became so much shorter.

After handing over my ID to the counter, I was given a security pass and I have to join another line again,…

Today I headed out to Jetty Island with Isabel to meet up with a mommy play group.  Jetty Island is a long strip of land in the bay off the coast of Everett, WA.  I've heard from a few co-workers that it was a great place to bring your kids but I never made the journey before.  For one, it would have been just Izzy and I and it's not as fun without other kids to join in.  Since The North shore mommy play group planned to met there it was the perfect opportunity to check it out.…

Cheese with that Whine?

I don't know what changed.  Whatever it was it started 2-3 weeks ago.  My two almost three year old has a consta-whine.  She can turn it on at the drop of a hat for no reason at all.  It's almost as if the more her vocabulary grows the less she uses it and just whines for what she wants.  There aren't even words mixed in, it's just a low level "ahhhhhhhhhhhhhhhh........."  The more I ask her to use her words or try to guess what she wants the more she mumbles and whines.…

Hello, many moms, grandmoms, aunts and other kids' caregivers, 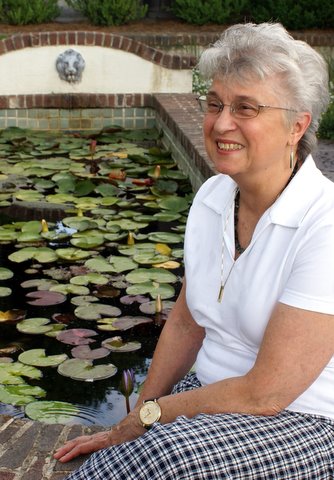 I am new to this forum, but I am glad to be called a mom again.  I am mom of  2, now fully grown and mature "children"; one of each sex, both equally "above average,"  to borrow the proud phrase from "Prairie Home Companion."  Nowadays my grandchildren call me BB!  That's because when my first grandchild… When you hear the word "balm" it should trigger other words in your head like one-for-all, multi-tasking awesomeness, and untouchable.  Have you found a balm that does that?  I've found great alternatives to even my favorite petrolatum products (like Aquaphor- seems there's nothing it can't do), including Burt's Bees Res-Q Ointment which I discussed…

Today was a pretty perfect day. It was a day filled with Jesus, friends, and family.
We went to church in the morning.…
Continue

In celebration of The Hunger Games coming out on DVD August 18th, I will be giving away The Hunger Games Trilogy Boxed Set (Hardcover) and The Hunger Games [2-Disc DVD + Ultra-Violet Digital Copy]  OR the winner can choose $50 Paypal cash or $50 Amazon gift card. Giveaway will start August 11th and end August 17th at midnight.
Get BOTH facebook and twitter links on rafflecopter form for $1
additional links $1 each
host a follow page for $5
It is…
Continue

Betty's first ever shoe fitting today.
In light of my bunioned, corned, ingrowing toenailed, fungal infected feet - things will be different for The Poop. And now she is attempting a few steps when holding onto furniture, the time had come. So we took ourselves off to Clarks.
The assistant did look slightly baffled when I presented tiny Boo and requested a fitting, so I whipped out one of my gnarled trotters. Revolted and now in urgent need of…

So an art gallery. What's that about?
People put scribbles of paint up on a wall and idiots like my Mum spend good money on wandering round pointing at these 'works'. Er...excuse me...I hate to tell you this, but THAT'S A BIT OF SCRIBBLE. I produce neater stuff in my nappy.

I think I have found a new favorite breakfast.  And it is in the form of a cookie.  Surprised?  Probably not.  You know me well enough by now to know that I am happy eating chocolate any time of day.  This on the other hand has oatmeal, and yogurt too, so it is much more acceptable for breakfast.  Some might…
Continue

Recently, a friend asked me to share my testimony. I was a taken aback. No one had ever asked me for my story before. Come to think of it, I wasn't so sure I had much of a story to tell. When I hear testimonies of how people had drastic circumstances that brought them to the Lord, I am usually in awe. Former gangsters, former drug dealers, former atheists, former prositutes, orphans, homeless...these are the people that have a testimony, right? I've done plenty of stupid stuff in my…

Three Cheers for the Sandwich Generation

July is Sandwich Generation Month, a chance to pay tribute to adult children who are juggling the demands of raising kids while taking care of aging parents. The number of Americans 65 and older is projected to increase from 40 million in 2010 to over 88 million by 2050, doubling the ranks of those experiencing this stressful combination of responsibilities.

We expect to take care of our growing children.…

Pasty white, King Eddie potato knees topped by a sizeable smattering of cellulite rippling across my ample thighs. A side order of greying dry skin patches which cover most of each knee, having spent the last ten months kneeling on the floor changing nappies, complete the inviting ensemble.
Delicious.
Full post www.myfunnymummy.org x

I was going to title this post, "How to Get Through the Completely Shitastic Week Following Your Young Child's Tonsillectomy: Hide the Liquor (you) and Potato Chips (them)" but I thought that might seem a smidge dramatic. Then I thought, "Tonsillectomy: An Excersise in Kid Torture, I Want to Cry" might be better. Then I almost called it "Tonsillectomies Suck the High Hard One: How to Prepare For the Worst Week of Your Child's Life" and then I settled on "Eureka!…
Continue

NEW REVIEW OF MY BOOK

Check out the newest review of my book here: The sun is shining through the window next to me

While my head and nose are stuffy, and a cough seems to be making an appearance, the sun shining lightens my spirits and encourages me to get up and moving throughout the day!

A day at the water…

The Poop's first trip around an art gallery today.
I know. What am I doing taking a ten month old to a gallery? Surely she'll be bored to tears, and thus an absolute nightmare who will cry, scream, howl and whinge her way around every exhibition and consequently spoil the whole experience for every full price paying stoney-faced patron milling about the joint?
Full post www.myfunnymummy.org

** I'm the only one here that seems to know that the floor is not a trash can.

** Shrinky Dinks may be the dumbest art project ever invented.

** I really don't need to know WHY there's a streak of poo on the side of the toilet.

** "Make Your Own Pizza Night" is really just my way of saying, "Fix Your Own Damn…

Book Review: 50 Years in the OR by Ron Whitchurch

Five Tips For Starting Your Own Mom Blog This Year