This week at toddler class I sat next to a mom who was taking a photo of her daughter during snack time. She introduced herself as a "crazy photo lady," and I asked if she also made scrapbooks. I do not make scrapbooks (uh, yet), but I have playgroup friends who are very into it. "Crazy photo lady" told me about a children's scrapbook format that has me very, very excited..... making our own children's alphabet books featuring photos of our family!

The idea is to make an ABC or… Continue

This is Genius! Erasable Labels Have Many Uses

As an organizer, I'm a huge proponent of labeling things...containers, file folders, CDs. While in New York City last fall, I visited not just one, but TWO Container Store locations. It was a marvelous experience! (We don't have C.S. in Charleston...boo hoo!) Among many other items I took home, there was one that stands out as an all-time fantastic solution:… Continue

I already know my answer...but a lot of women out there have no idea about theirs. For 12 years, I struggled with my weight, I binged, I purged, I didn’t eat, I suffered from chronic IBS, bloating, gas and pain, all I thought about was food, I loathed my body, I loathed myself.

At the time, I had several dietary rules/beliefs:
1. Eat as little fat as possible.
2. No dairy.
3. No meat.
4. Non-fat frozen yogurt doesn’t count as anything.
5. If it comes from the… Continue

I little about me

Hi i'm Cyanne and i'm new to this site. I'm a mother of 5 lovely children and i'm trying for a 6th. I got married at 20 to my high school sweet heart John. We got married mostly because i was pregnant. we got married even though our parents didn't agree and welcomed twins into the world, Julian and Summer. Everything was perfect but we grew apart and after 5 years of marriage we divorced. a year later i was engaged to Mark. a month before the wedding i found out i was pregnant. soon after we… Continue

19. Jamie V. Lively person, wonderful friend but can turn on you in a heartbeat. Loves to laugh. Puts on a tough persona but her friends know how un-untouchable she really is.

16/365. A male. Can't stand him. Never met such a detriment to society as this guy. Someday he will end up in jail, being not just a detriment but also a burden.

17/365. Wayne W. Whaaaaat a freakshow. Left after grade school, I heard he set fire to a couple things in my hometown. It was never proven. Wonder what happened to the guy?

18/365. Gerry D. High school guidance counselor and home ec teacher. One of the coolest adults in my high school. Was a friend and a mentor,… Continue 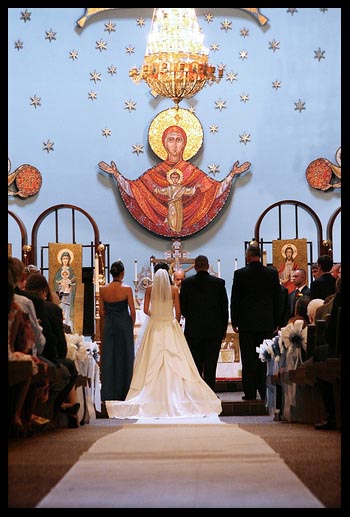 This weekend I attended a beautiful Greek wedding. It was a very ceremonial event lasting over an hour and filled with tradition and symbolism. At one point in the ceremony, the priest spoke about the roles of both the husband and wife. As he read from his scriptures he talked about the bond between a man and a woman, how he is to love her as he loves himself and how she is to love him like no other. As much as she is to honor him, he (the priest… Continue

I am wondering if my blog has any possible audience? I write about tips for planning all types of events. I choose such a broad spectrum because I felt that there are already so many wedding websites out there, that another one would just get lost in the sauce. But, now the doubt has started to move in and it has me questioning my choice. I know that what I have to offer is something that people can use, but I think it has to be fine-tuned. If anyone has any suggestions, I am open to them.… Continue

Stay at your choice of Leading Hotels of the World from only $19.28 per night! Celebrate the 80th anniversary of this posh company by reserving a spot at some of the most coveted hotel rooms worldwide. Just log on and book away!

It's Monday! That means it's time to post something inspirational for your fellow creative moms. Come over to Maternal Spark and join in!

If you get a chance, please check out my business, Surprises by Amy, which makes baby diaper cakes and more!

Elsie and Fina stand at my bedroom door. They anxiously await the treat in the pantry, the treat that I give them each morning. They follow me downstairs into the kitchen prancing and voicing their excitement for the yummy morsels they are about to get. They beg, sit, then in a single bite their treats are gone. They stay underfoot as I prepare my morning coffee, hoping that perchance, I will show them mercy and give them one more treat. They stare at me with longing eyes. 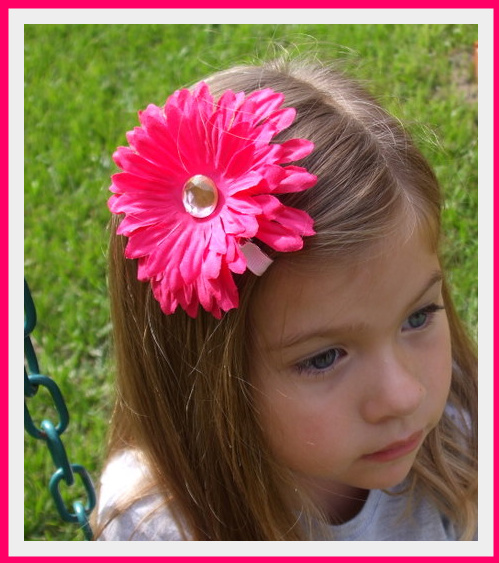 Well, I haven't been on here in a while...matter of fact the blog part wasn't even finished yet!! Since then i've opened up a new online boutique called 'Purely Girlie Bowtique' featuring little girls hair accessories! It's been so much fun! I really do enjoy doing it and I love knowing that I'm making things that other will enjoy! If you'd like to check it out you can visit http://www.purelygirliebowtique.blogspot.com This is a bit of a temporary… Continue

Anyone Up for a Funeral?

I actually hate funerals, but this one I am really looking forward to! No, it's not a funeral for a loved one although, I must say, their demise is bittersweet. It is a funeral for my Fat Pants! The funeral is not today. In fact, the actual date has not been set. That's because they are not dead... yet. The Fat Pants have been in my life toying with my weight and emotions for years and I have had enough! I'm not playing around this time...they… Continue

What Shape is YOUR Bed?

Mom and Dad are in town this weekend to visit and sort things out with their new house. We (Mom, Dad, Casey, Jonathan and I) went furniture shopping this morning, which was unsuccessful as Mom has not figured out in what style she wants to do the new house. I vote for more hanging toucan rugs and seashell couches. Hehehe, sorry Mom.


This evening we ordered Chinese food. Jessica and Damon came over and we all ate on the floor at the new house. It was a little bit of a cluster,… Continue

Where Weed Can Lead

I knew in my gut that my son Michael’s pot smoking was both symptomatic and causal regarding his mental health. We talked time and again about the damage he could be inflicting on his brain and about his doctor’s inability to treat his bipolar disorder correctly when he continued to use.

Deaf ears. No need to say more. But we have to get the word out. We have to share the facts. And the facts are now indisputable.

Marijuana, in addition to being a gateway drug (it is for… Continue

How do I start a giveaway?

HI everyone, how are you all on this rainy day? If its not raining by you then you are very lucky :)
I want to giveaway one of my products. How do I start a give away? I never did one before.
Thanks :)

If you had a chance would you do it over again?

Do you have a large family? Or are you thinking of having one?
http://mysouthernhippiemarriedmomoffourlife.blogspot.com/2008/09/if-you-had-chance-would-you-do-it-over.html

Turning 40: Glass Half Empty or Half Full?

I was walking down the street of our little town. The sun was shining in that nice indirect, fall-golden-afternoon way and a little breeze stirred the trees. 40. I'm getting there in a few weeks and I thought about being this age and having

a mortgage
a mini van
a little beer belly (man, if they told me I'd always look 5 months pregnant after my third child just around the midsection, I would have budgeted for a tummy tuck somewhere down the line)

There are two… Continue

15. Frannie. She was my first piano teacher as a child. Nice lady, taught out of her trailer and her church. Never had a bad thing to say, was always encouraging.