Every Child needs a hero.  Read my review and the author's recipe by going to A Book and A Dish

The Pioneer Woman Blog, written by Ree Drummond, is my all time favorite blog.  She is possibly the sole person who inspired me to write my blog.  The Pioneer Woman blog is delightful and beautiful and humorous and delicious (but not low fat ).  Further, Ree Drummond is an author of several different books including a 2 cookbooks…

Tell me what you think!

Enjoy your weekend everyone!

Anyone that knows me knows that I am…
Continue

What Your Jealousy is Telling You

Last weekend I watched the hilarious comedy Bridesmaids.  Besides being a side-splittingly funny view of two best friends' (one the bride and the other the maid of honor) adventures in wedding planning, there was a serious message about jealousy.  The protagonist, who is…

I get a little nostalgic in these autumn days. Childhood scenes flash through my head. It’s hard to keep up with my thoughts, work, & life in general. This is my favorite time of the year. The weather is gentle inspiring me to meditate & dwell on my sentimental thoughts. Everybody is looking forward to Christmas & I just want to get stuck here in time. I don’t want winter to ever arrive. I want my autumn to flourish, and snow fall on the green grass. I want the ice to mirror the…

Anxious Moments or Something More

This parenting question from "Billy" addresses whether a child's anxiety is temporary or if they may need additional help.  Hope you enjoy!  http://www.claytonpaulthomas.com/archives/560

Anxious Moments or Something More

This post is supposed to help parents with whether their child's anxiety is natural or something more.  Hope this helps!

Since I stated the Mymcbooks Birthday Library in July, we have given every child signed up to this program a free book. To take part in this birthday giveaway free (no random selection) click on the link to read more and sign up. Never to late to sign up if your child is age 2-5 for the month…

Now I have to say... there really is a holiday for everything!

My daughter has been demanding cookies lately. In an effort to find a new vegan cookie recipe, I came across this site which declares that the last Friday of September is Vegan Baking Day.

How could I not participate? So instead of wasting more time looking for a cookie recipe, I whipped up a batch of....…

This is a wonderful fall treat. They are very comforting on these dreary fall days! Enjoy with a cup of coffee!

One Cool Cat! – Just in time for Halloween, this purr-fect alternative to a full… 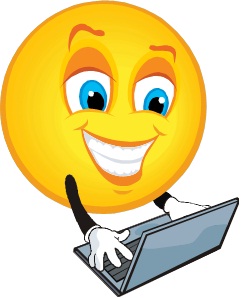 So I bought the btrbb.com and three months later I was ready to transfer my domain over to host monster and with the word press plug-in. I, of course, wanted to create…

My HEALTHY option to my PMS chocolate cravings!

Today my PMS is so bad, that if I saw someone eating chocolate, I would probably run them down and still the chocolate…

A Friday ritual. A single photo - no words - capturing a moment from the week. A simple, special, extraordinary moment. A moment I want to pause, savor and remember....

** Mother Nature forgot to take her meds once again.

** People who only write inspirational quotes for their Facebook status scare me.

** If you're a random piece of crap, you're probably sitting on my kitchen counter.

** Everything should be pumpkin-flavored this time of year.

How To Never Miss An Appointment

There is this word I have always loved. Serendipity. Isn't that a cool word? Saying it makes me feel all intellectual and stuff. I looked it up and it means: the faculty or phenomenon of finding valuable or agreeable things not sought for. Great word. Too bad I don't completely believe in it. What I mean to say is that I think it is a…

After only a few weeks at her new school, Amy's musical talent has at last been recognised and she has been chosen to play the piano in the school Christmas play. I am ecstatic with pride because this is something I've felt she has been capable of doing for a long time. 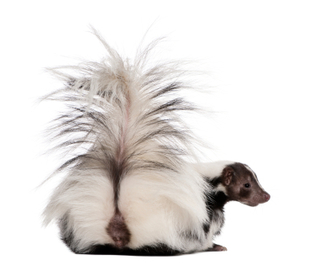 For the last few nights, Indigo (our 10 month old Aussie) has been on the nocturnal prowl, barking at anything that moves…sometimes all night.  I imagine she is trying to protect her territory from raccoons, possums, coyotes, and skunks.

With the summer drought and winter in the air, these critters are becoming bold and encroaching on the domain of our dogs.  Colby…

I am new to this site and would love to meet you!