Los Angeles traffic makes my husband's head explode, especially LA traffic at 3pm on a Friday when 400 highway miles still remain of the journey. I don't share Dave's sentiment. I'm surprisingly zen about stop and go two hours to travel twenty miles situations if, and this is a big IF, I am alone, listening to music or podcasts, safely cocooned in my Honda hideaway.… Continue

CAN YA BE TRENDY & OLD-FASHIONED, AT THE SAME TIME?

Can we be hip, trendy, savvy, yet traditional, classic & old-fashioned? I don't know, but I think it'd be fun to try. Sometimes what's old isn't bad. Take for example, tonight. I walked… Continue

BID NOVEMBER 4-14 AT MYWORKBUTTERLFY.COM TO BENEFIT MARCH OF DIMES!…
Continue

The Origins of Halloween - How did it get started?

Halloween is not only a colourful night of fun, frights, sweets and
costumes. It is a full-blown industry, with more than $14 billion spent
each year on costumes, decorations, party supplies, candy and other
paraphernalia.

How did it all get started?

Read about it on my blog, Mayra's Secret Bookcase.

You have roamed around this mountain country long enough, turn northward, Deuteronomy 2:3...look
to the heavens and RISE UP! No matter how much you enjoy where you are,
its time to GET-UP ...and MOVE! GET OUT the way...for you have stayed
here, much to long...dealing with the same recurring issues extremely to
long.

Procrastination, yet again prolongs...sings the same old blasted song...over and over… Continue

Hope Everyone is having a Happy Halloween!

I'm participating in a Halloween Blog Hop this weekend. Go link up, then come follow me. I follow back! :) …

http://thesinglemumdiaries.blogspot.com/2010/10/55-gift-certificate-from-csn-stores.html enter on my blog to win this great prize!

Happy Halloween everyone! My husband and I were talking earlier about what our favorite costume was growing up. I didn't even have to think twice...mine was Cruella De Ville. I was an 18 year old college kid and I was *so* mad that I didn't win my school's costume contest. A lot of people didn't even realize it was me underneath that big hairdo! What was your favorite Halloween costume when you were a kid?… 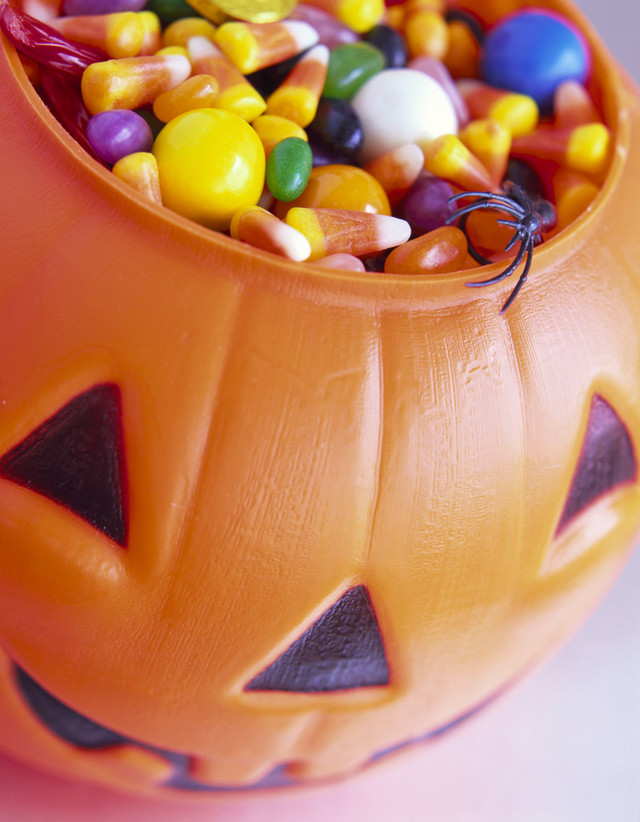 It is the morning of Halloween and I’ve come to a bit of a problem. We have no…
Continue

They Just Pop Out That Way

Watching three girls go from womb to now, I have had the privilege of learning/realizing that yes indeed, some things do just come to us girls naturally. It's like a code of honor that Mother Nature plants in
their heads while they're being created. Here are a few that I find
worthy of comment...

You must never, ever go to the bathroom alone. What…

﻿
Okay, so I may not have earned the title "Top Mom Blog" just yet, but I am working my way to becoming just that. Who knows, maybe I have set my sights too high too early, but… Continue

Last night our little family had lots of fun carving pumpkins. We made sure to prepare our work station really well. We played some music and made an event of it....

Ideas for Making Your Own Halloween Costume/Plus Great Halloween Recipes!

Ideas for Making Your Own Halloween Costume!

Check Out These Great Halloween Recipes Too!

Thinking about how you can save money this Halloween? Why not consider a costume that you design from used odd and end clothing and accessories? Thrift or Goodwill stores offer these items at a small portion of what you would pay at a Halloween or retail store. You can also network with other moms and swap off old costumes for the one you want.… Continue

I am super excited to offer my readers a giveaway with CSN. CSN is a network of over 200 online stores, selling everything from designer shoes to dining room chairs. CSN is offering one of my lovely readers a $35.00 gift certificate to use on any of their shopping sites.
Stop by and…
Continue

What a busy two days for my little garden gnome and it's not even officially Halloween yet! A few weeks ago, I wrote about whether we would even participate in Halloween since Maggie was still young.. but wow I am so glad we did. She's had a such a fun time so far...and she LOVES wearing the garden gnome costume. Actually, she loves it a little too much. Molly was a cute baby for Halloween this year. (aka She didn't dress… Continue

I scream, you scream, Happy Halloween!

Recently, I was shopping at the grocery store, making my rounds up and down the isles when I couldn't help but overhear this lady talking on her cell phone. I say 'overhear', but honestly, you couldn't be near her and not hear. No eavesdropping involved on my part. Even when I got one isle ahead of her I still heard her over the top of the bread loaves. I decided to put some pep in my step and moved ahead of her quickly.

Join us for a

I have been pregnant since Mid May 2010.. Since this magical miracle of science occurred I have had ppl ask if we were planing to have anymore kids ( both them & myself ) not knowing the answer to that question was already in motion. I have suffered through horrible migraines, large amounts of…
Continue

Ghosts of Halloween Past 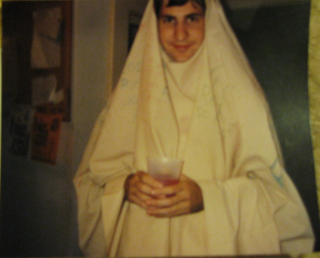 Many (many!) years ago I took this picture of a friend of mine. It was at a Halloween party at a fraternity at my university. An alum came down and donned the lamest Halloween costume ever, what he called a "Charlie Brown ghost". At some point in the evening, we decided it would be funny to write on him. By the end of the evening, he was deemed "Beta Bridge", a local bridge…

From the Gift Store
2 hours ago