Facing My Fears In Pregnancy

I have this repeated dream that I am lying strapped down to an operating table, people are moving quickly around me but ignoring my cries of pain. I pass out and its the end of me. The next thing I know I'm looking at myself from above the operating table. I'm gone and my husband is crying. Then I wake up and realize I should be laying in a different position or I should prop myself up a little more and my sciatica pain goes away at least for 10 to 15 minutes before the next position becomes…

I had a visit from my former work out bud Tiffany today. The gal who would run and walk with me and of course help me indulge at times too in…

My Fourth of July Festivities


Last Wednesday I went on a sort of mini Blog Vacation. I answered important emails, but a friend of mine came up from the valley to spend four days with us to get out of the heat of Phoenix. She loves my little babies as if they were her own and it was fun to have some time away from the bump and grind and enjoy the city I live in! 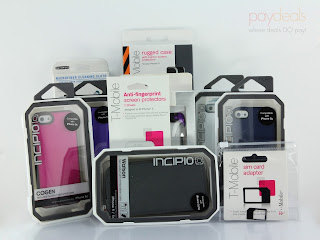 A hero doesn't always wear a cape or fight on enemy lines or wear a helmet and make a touch down. A hero isn't always the person rushing into a burning building saving lives. While all those things certainly define a hero, a hero can also be disguised as an ordinary person sitting next to you on the plane. The one who picks up your tab at the restaurant, or in a tiny child…

When Bullying rears Its Ugly Head Before The School Years

Motherhood: 6 Reasons Why Bathroom Breaks Will Never Be The Same.

I nursed both of my boys for a year each. Now I have weaned my sweet Baby B and its a little bittersweet.

At around 10 months of age, I decided to slowly over the two month span work toward using a bottle regularly. I thought it was because of B's extreme love of nursing and cuddling, that was the reason I couldn't sleep at night anymore. Some people sleep really well with their little ones and co-sleeping is a magical bonding time. For me it meant lying awake the whole night counting…

Every year of J Myster's life (3) I have created a 25 to 30 minute video collage that I love to share at his birthday parties. Its just a fun little family thing I do and its something I can save forever and enjoy anytime, or share with others. Due to Youtube's…

One Hour To Myself Outside The House! 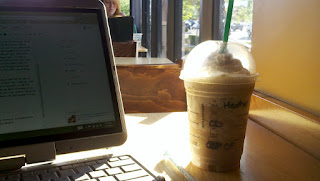 I am sitting here in a starbucks with a laptop and a frappuccino all by myself. No children. Just me. Sitting here...alone. And its so nice. My thoughts are not interrupted by…

What Are You Pinning? (meme)

I thought I'd start a new meme where we can link up on our blog posts the things we've pinned on Thursdays! But I found people couldn't get their post together for pinning for 1 day, so I am making this a week long meme! Its the "What are you pinning this week meme". It will…
Continue

A Much Needed Girl's Day Out!

A few weeks ago I finally got together with a friend. My friend Tiffany, whom I have known since our middle school teen days when she lived three houses away from me and we'd spend the summer swimming in her pool and eating top ramen.

Tiff and my husband share the same birthday. Last year this time, things just got in the way and I was supposed to take her out for sushi for her birthday and we both got busy. This year I was determined not to let…
Continue

This Week In Pictures!

This Week In Pictures... 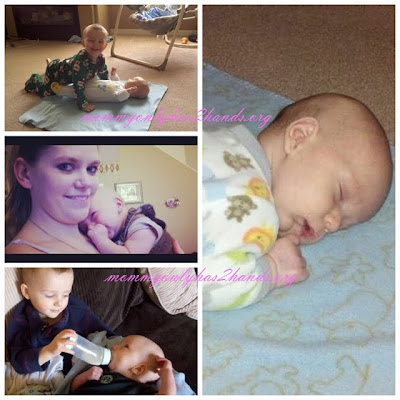 It was a good week and J Myster has been showing his brother a lot of love this week. He even fed his brother from a bottle for the first time after a doctor's appointment I…

(Week 12)
How many times have you participated in a blog hop and had someone come over to your heartfelt blog post and simply say "Hi, I'm following you from such…
Continue