Do You Feel Comfortable Letting Your Kids Publish Their Pix Online?!?!? 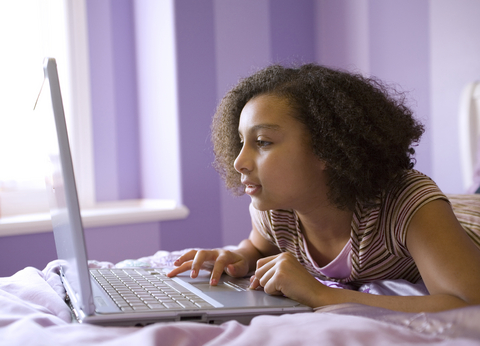 Call me paranoid, but I am still a little wary of letting my kids post videos or any pic of themselves online. How about you? I started a forum on this topic at the Family Connections Group at Blogher, click HERE and leave your comment. Would love to get your opinion and how you handle this issue at… Continue

Are You the Soccer Mom From H-E-(Double Hockey Sticks)?!?! Much has been said about the over-zealousness of the sport parent. We parents on the sidelines know who they are....we may even BE one--- the screamer or the ref-abuser or the self-appointed-folding-chair-coach. Sometimes it's hard to know if we've stepped over the line. Here's a suggestion for the sports parent who thinks she might be over-the-top!! http://tinyurl.com/SoccerMomPlay. Click over and leave a comment. I'd love to hear about your sports… Continue

Mourning the Michael Jackson I was Supposed to Marry

Michael Jackson has meant so much to so many. His forty plus years as the consummate entertainer has kept and enthralled fans, generation after generation. Each generation has their own version of Michael Jackson, because he was a master at reinventing himself time and time again. My version…the version that I hold dear is boy version. I was never a crowd-following groupie. You would never see me among the police-restrained throngs along the streets as the Jackson Five motorcade passed by. No,… Continue

Would you Let Your Teen Get Breast Implants?!?

I have three teenage girls. If they asked me, and thankfully they have not, to allow them breast implants, I would be devastated. I would be devastated because I would know that the media machine had gotten to them. The standard of beauty so mercilessly imposed on girls and women is a mighty and relentless animal. A parent has a difficult challenge combating the messages in magazines and television and movies and music. There are lots of good reasons I could give my daughters for why a "boob… Continue

They go away to college. You're proud. You miss them...and after living on their own and picking up/cultivating all kinds of "new" habits, they come home for summer. You thought you wanted them home...what were you thinking?? http://tinyurl.com/home4summer

It's summer and at least in Houston, one of the greatest risks of the season has already reared it's ugly head. A four year old drowned here over the weekend while attending a birthday pool party. She is one of 14 Houstonians who have lost their lives to drowning in Houston already this year! The threat s everywhere folks flock to the water for a fum way to cool off.

We just need to remind ourselves to take ALL of the precautions available to keep our children safe in the water.… Continue

Disney's New Princess: Will she measure up?!?

We all know what is required of a Disney princess! Cinderella, Snow White, Ariel, Jasmine, et al. Will Disney's newest and first black princess join this mega-popular line-up? Will she measure up? Will the Black community be happy with her? Undoubtedly!

The Fate of Child Reality Show Stars and Their Misguided Parents

I know I may be alone on this but is anyone else fed up with and disgusted by reality shows?? I feel like if I watch a show of a family exposing themselves to the world, I am contributing to the downfall of the children. Are all of those kids destined to the scary child star fate that has destroyed the lives of so many young and famous?
What do you think? http://tinyurl.com/realityshowsyuck

I feel it belongs to my children. Facebook was new when my two oldest went off to college. I still feel that it is theirs and that I would be infringing. I think it's great for other adults. I am… Continue

What's all the Hugging About? 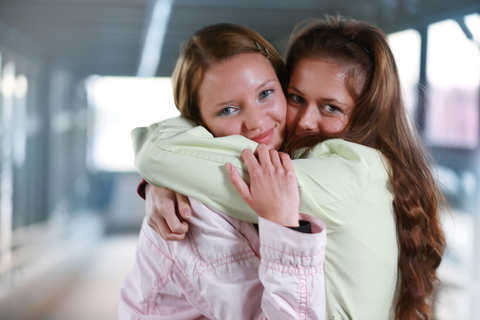 Sociologists are interested in how touchy-feely our teens have become these days? Any high schooler knows that if she'd rather wave than hug to say 'hello', she may be perceived as a social misfit! How did that come to be? And is it a good thing? My teenagers and their friends are not exception. I recently went to the Prom gathering spot to take pictures of my daughter, her date and their dinner group. There was so much hugging and chest… Continue

Are You a Free-Range Chicken?

If you are still caught up in the Helicopter Parenting mode, maybe it's time to consider what the Free-Range Movement can do for your child...and you!! Holding your children hostage for fear that the dangers of the world will consume them is so 2007!! READ MORE, http://tinyurl.com/freerangechicken.