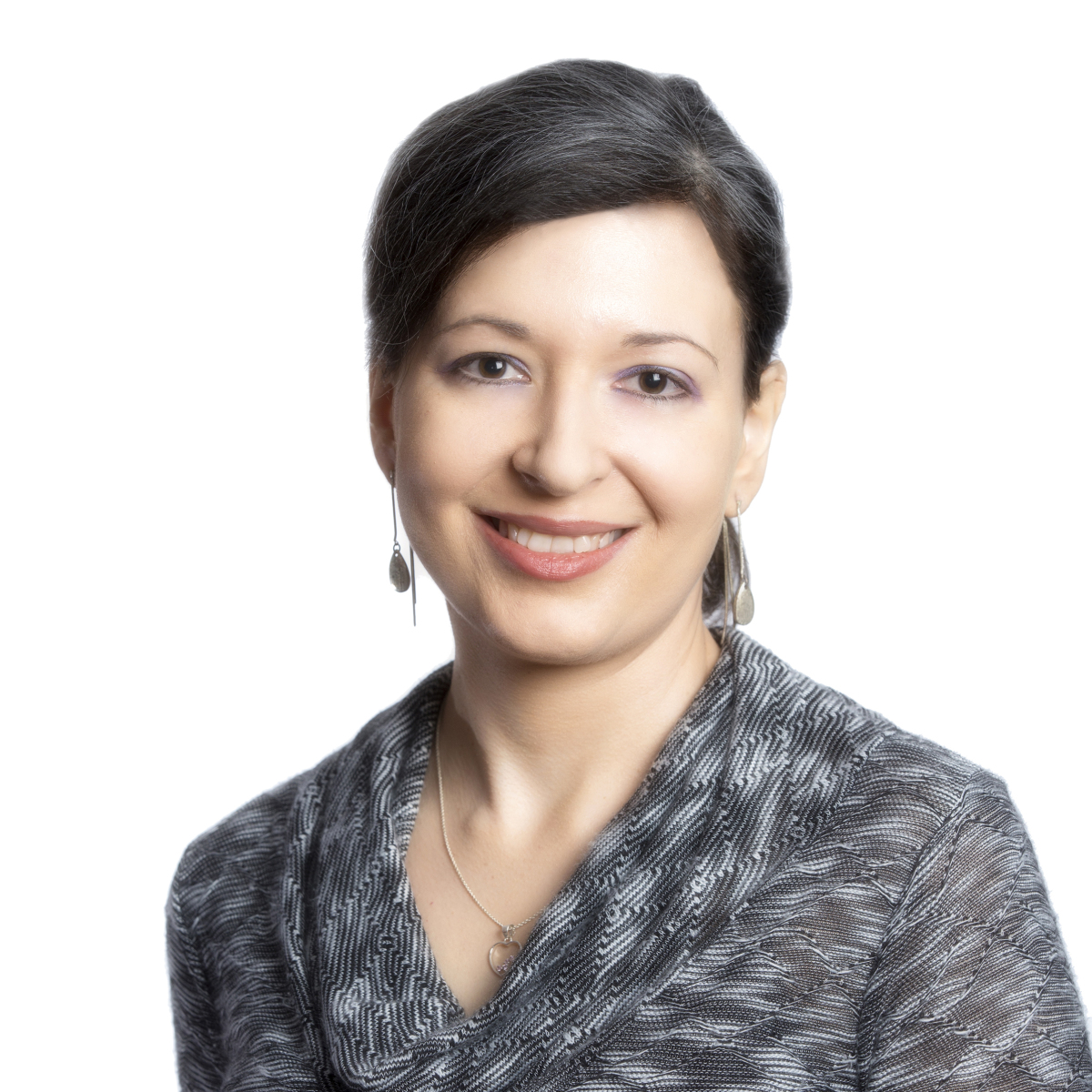 Tips for Moms to Soundproof Their Room Or Apartment 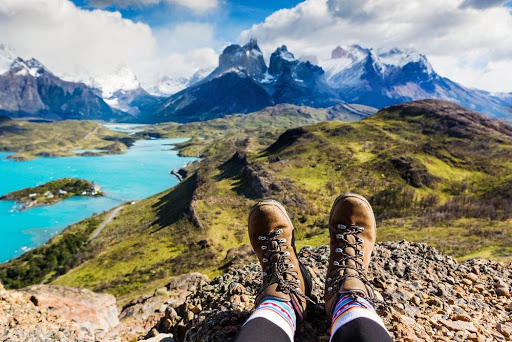 Dennis Lee Havlin, who goes by the penname D. L. Havlin, has held a number of professions including licensed boat captain, football coach, customer service director and systems analyst.  These experiences, along with others in his life, have provided him with material for his novels.

Nonfiction can be used to inform as Jacob Riis did in How the Other Half Lives or Nelly Bly in Ten Days in a Mad-House, but literature has the unique ability of telling readers about the human condition without preaching.  Often readers don’t even realize they are learning something about society or reading commentary.  Here are five 19th-century authors whose work informs us what life in era was really like.…

Excerpt from What Heals the Heart

The following is a portion of chapter two from What Heals the Heart by Karen A. Wyle.  It is the first meeting between Joshua and Clara. The excerpt was provided by the author.

“Thank you kindly.” The suggestion would, in fact, save him some…

An Interview with Author James Barry

James Barry lives the life of a pirate.  Well, sort of.  His day job is a sailor and ship rigger on square-rigged sailing ships.  This bygone era profession has allowed Barry to see the world.  He’s worked in such diverse places as Scotland, France, Malaysia, Mexico, New York, and Hollywood, and he created rigging for the film Master and Commander and some of the Pirates of the Caribbean movies.…

Are you an avid reader?  If so, when was the last time you left a review on Amazon and/or Goodreads?

If it’s been a while, you’re not alone.  Many readers neglect to leave reviews.  Reviews, however, are vitally important in today’s digital world.

The following is a portion of chapter one from The Melody of the Mulberries by Tonya Jewel.  The excerpt was provided by the publisher Capture Me Books.

From THE CUSSIN' BIRD

The four brothers, Adam, Beau, Claude, and Dean found her before she found…

An Interview with Author Grace Willows

Grace Willows is the writing team of Robin Woods and Julie Brookshier. The pair have been writing together for the past five years and have published 13 books.  They specialize in contemporary, paranormal and suspense romance novels.

The First World War was a conflict that lasted from 1914-1918.  It had a deep physiological impact on those who lived through it.  This gave rise to the term “Lost Generation,” popularized by author Gertrude Stein.  The Lost Generation is defined as “ the generation of men and women who came of age during or immediately following World War 1: viewed as a result of their war experiences and the social upheaval of the time as cynical, disillusioned.”  Generally,…

A Review of The Summer Before the War: Modern Day Literature

Author Paula McLain describes Helen Simonson as “a Jane Austen for our day and age.”  This gave me reason to pause before I began reading Simonson’s novel The Summer Before the War.  When it comes to 19th classic British authors, I prefer Emily Bronte to Austen.  Nevertheless, I managed to finish the novel.  Indeed, it did remind me of the literature I read in college, so the novel is by no means pleasure reading.  It is 473 pages of tiny…

An Interview with Author Cecily Wolfe

Cecily Wolfe works full time as a librarian in a public library and loves reading as much as writing.  A single mother of two teenagers, she loves ice cream and potato chips, and can be caught having homemade hot fudge sundaes for dinner more nights than I care to admit.

In addition to historical fiction, Wolfe also writes YA and contemporary fiction.   She also has published a new adult/women's fiction retelling of…

An Excerpt from L'Amerique by Thierry Sagnier

The following excerpt is from L'Amerique by Thierry Sagnier.  It is set in Paris following the end of World War 2.   L'Amerique is available on Amazon and can be found on Goodreads.  The excerpt was provided by the author.

Maman was a painter. She’d dabbled in other media, had written and published a children’s book, and played both the piano and…

An Interview with Author Jaromy Henry

Jaromy Henry grew up in Donalsonville, Georgia.  The town was the stomping grounds for the Anglin brothers, the only people to successfully escape Alcatraz, and was the site of the Alday murders, Georgia's second largest mass murder.  Most recently, it was hit by Hurricane Michael.

In addition to historical fiction, Henry has written an urban fantasy and has a crime…

8 Movies Based on Historical Fiction Novels

Many people will read a novel and then watch the film adaptation.  Some people, such as myself, are introduced to novelists by first enjoying the movies based on their work.  This is how I was drawn to my favorite author Edith Wharton (who is technically not historical fiction because she wrote about events less than 50 years prior). Had I not seen the movie Age of Innocence, I would have never read the novel.  Here are eight movies based on historical…

A Review of Silent Warriors: As Long as a Submarine

Gene Masters is a retired Navy officer and his time on diesel-electric submarines partially inspired Silent Warriors: Submarine Warfare in the Pacific, his debut novel.

“Silent Warriors was written, in addition to entertain, to recall the role that the submarine played in winning the war in the Pacific, 1941-45,” Masters says of his novel.  “After Pearl…

An Interview with Author Harold Titus

Harold Titus has loved history for years.  He majored in it at UCLA, and taught the subject off and on to eighth graders in Orinda, California.  His minor was English, and he taught English every year until he retired in 1991.  He credits his teaching experience for the motivation to write his first novel.

Titus also has an interest in sports, both amateur and…

One of the most interesting parts of researching historical fiction is the research. And it’s not just the rabbit hole of the internet – which can pull someone anywhere from the start of any question – it’s the fascinating tidbits discovered along the search, long forgotten or often overlooked

My father loves playing trivia, delighting in the “did you KNOW!?” element of…

The Adventures of Nancy LaPlante in the 19TH Century by Michel Poulin is different from any other book I have reviewed. Poulin is a mixed-genre author, and the majority of his novels involve time travel from the far future into the past.

The Adventures of Nancy LaPlante in the 19TH Century, is a compilation of chapters from two of…

An Interview with Diane Merrill Wigginton

A California native, Merrill Wigginton and her husband sold their Sacramento-area ranch and moved to Kalispell, Montana, in 2017.  There, she enjoys hiking, participating in church, helping out the community.

She has eight grandchildren and a dog named Bella.

Warning:  You’re going to want to read these nine steamy historical fiction romances in private.  They are simply too hot for public consumption.  These titles are a miniscule sampling of the novels available.

Tonatiuh is a half Spanish, half Aztec man known to the white world as Luiz…

Excerpt One from A Hundred Breaths: