Returning to pen and paper

I still use pen and paper for a lot of things: Shopping lists, stories for my other blog, notes at work and planning events. Since I went to college when laptops weren't a thing, it still feels more natural for me to take notes with pen and paper than by typing them. Also, I feel that I tend to remember things better if I write them down.…

"Is he ready for Minecraft yet?"

That was a text from my sister-in-law shortly after my son's sixth birthday. I pushed her off with claims that he has enough screentime and that I wanted to wait a bit longer.…

It doesn't matter what you are doing as a parent, if you read enough studies you learn that you are parenting wrong. But it is easy to accept that you are wrong as a parent: You have, after all, a constant walking/talking reminder in your life that you are an unfair, mean person and that you are crushing all the joy out of life because you won't let someone play on his iPad and instead keep insisting that he brush his teeth.…

Mommy is not an octopus

When my son - usually in a fit of excitement - asks me to do too many things at once, I remind him that I am not an octopus. Although I can see the initial appeal of having eight arms for cooking dinner, dancing with him in the kitchen and going through the 5-7 leaflets in his school binder, I wonder if eight arms would actually be enough. Also: Would it really be eight arms? Or, are two of those arms actually considered legs, and it is…

I am not ticklish. 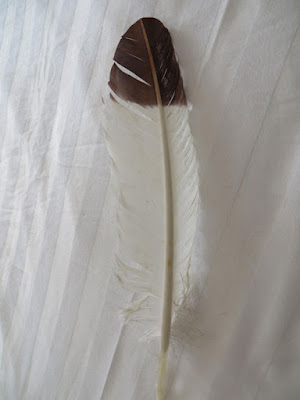 My son is six. So clearly he needs to know everything about tectonic plate movements. I didn't know that six-year-olds were interested in tectonic plates, but apparently they are. In the past two weeks, I've had to find videos on how plate movements cause everything from mountain formations and earthquakes to how they once caused the Beringia land bridge to break apart.…

Maybe you won't have to nag your teen for a while

Last week I wrote about nagging your teen into being a safe driver. Maybe you won't need to worry about that after all. As it turns out, we have less teen drivers today than we've had in…

If you are going to nag your teen, nag them about this

My son really, really wants to start the car for me.

He is equal parts excited and unsure in this request. But excitement quickly overrules everything when I say yes.…

Getting off the park bench

When it comes down to it, I have two choices.

1. I could sit here on this park bench, which is in the sunshine and giving me a much-needed boost of vitamin D. And I could read my book, which I have…

Who are they talking to?

By now, I think I have mentioned that my son is a talker enough times that I will have to apologize to him when he turns into a teenager for labeling him that way. (I'm not wrong, by the way,…

When my doctor first diagnosed me with a vitamin D deficiency, he told me to go out into the sunlight more often. That advice sounded great in theory, but it wasn't realistic. I asked him when I was supposed to do that during my day. At my 5 am run, the sun isn't up yet. I work all day - even through my lunch time. I am in a lot of meetings and can't wander too far from my desk phone. When I get home, I make dinner and help get my son…

He's not really a rebel at heart

My son is in time out.

He is in time out for many reasons which include (but are not limited to), talking back to me, not following directions, yelling and breaking household rules. He may or may not also be in time out because I need a short break from him, as he is having a bad day and driving me crazy and…

Hanging out with the other butterflies

Recently, my coworkers and I watched a TED Talk by Susan Cain around the power of introverts. After the talk, we all took a quiz to determine where we fell on the introvert - extrovert spectrum. It was fun to see who was a full-blown introvert and who was more of an extrovert.…

This is how I lost an hour on a Sunday morning

I normally do not click on Twitter video links, but no one else was awake in my household and I already had breakfast in the oven. So I watched it. After watching the video, I texted a group of my friends and the following exchange happened:…

I'm only in my mid-30s. I love my job and my current life, but sometimes I like to fantasize about my retirement. My current plans include my husband and I living in a cabin in the mountains somewhere where our son can come and visit us when he wants his family to enjoy some snow.…