How to deal with an emergency situation

Find Slickdeals this Black Friday at Target and more

Whether you prefer to shop online, or experience the rush of the in-person Black Friday shopping experience, if you haven't heard of Slickdeals.net, where have you been?

Slickdeals.net is an online community, where deal seekers can find and share great offers or coupons, and rate them. Instead of browsing a multitude of…

Years ago, if you followed celebrities on social media, you may have seen labels or products subtly placed in their posts. Even if a company wasn't directly tagged in the post, you might have noticed a specific hashtag or the way the product was positioned on a counter or held in the hand of the celebrity, hinting for you to buy that product, or at the very…
Continue

How Regular Exercise Can Boost Your Freelancing Business

New Perming Methods Bring Back Perms Into the Limelight

When the word "perm" was mentioned back in the '80s, it translated to the application of acrid solutions to get beautiful curls. Today, an estimated 100 million women…

This is no ordinary digital scale! It's the first scale I've tried that includes an app and wi-fi! It's also the first with information so in-depth.…

For Professionals With the Entrepreneurial Spirit

Many dream of being their own boss. Can you guess how many people actually take the leap into entrepreneurship?
In 2016, Entrepreneur.com…
Continue

It is estimated that 50% of people over 50 are living with varicose veins. It is a condition that is also hereditary - you are 90% more likely to develop varicose veins, if both your parents had them.  They are caused by blocked valves in the venous system, which allow the blood to flow the opposite way down the leg that it is intended to flow. This is known as reflux. 70% of people experience pain with…

In 2007, my husband and I decided to leave NY and make Florida our home. Our first son had just turned one, and we wanted him to grow up experiencing a more relaxed life, different from the hustle and bustle we grew to know. What helped us in making that decision was the opportunity to live in one of my mother's vacant condos in Fort Lauderdale, which allowed us to…

New Year, New You: Going Organic for Health and Beauty

As the new year unfolds, many people are reflecting on their health, wellbeing, and lifestyle and thinking about making some changes. New year, new start. If you're aiming to make some positive changes for yourself and your family, then considering an organic lifestyle could be for you. The wide ranging benefits for you, your family, and the environment mean…
Continue


I like Chinese food, but I haven't had food from a neighborhood Chinese restaurant in years. The closest I've come to enjoying some was going to P.F. Chang's last year, but it still doesn't compare. So I have been getting my fix of egg rolls from the…

When we first started to play this game we were confused. The instructions were simple but I wasn't sure if I read it correctly because we just breezed through the first few puzzles. We were left wondering where the challenge was.

My children are 6 and 8, but they play Sudoku so they understand puzzles and logic. This is…

I've been looking for a sturdy weight bench for my husband but one in my budget that can still give us the features we need. I was seriously considering Gold's Gym XRS 20 Olympic Workout Bench (still considering it), but I would have to buy the bar and weight plates separate which I didn't want do. I came across the CAP set (currently under $100), which wouldn't take up as much space, which means I wouldn't have to get rid of…

I received three InStyler tools and I was excited to try them, because I saw them on TV and wondered if they actually worked for my hair type. My hair is naturally curly, but I don't have silky curls, I have coarse curls, so it's usually a battle trying to straighten my hair bone straight without using a hair relaxer. I won't say "never again", but after officially going natural in early 2013 I have…

Hello. My name is Ronda and I have a problem when it comes to shoes and hand bags. My gosh, some of them can be delicious.....looking!

The photo above is of the Melissa bag in blue. It has a zipper that opens from the top to halfway down the sides, about 22". The outside is made of 100% Genuine Saffiano Leather, it has 2 cell phone pockets, a… 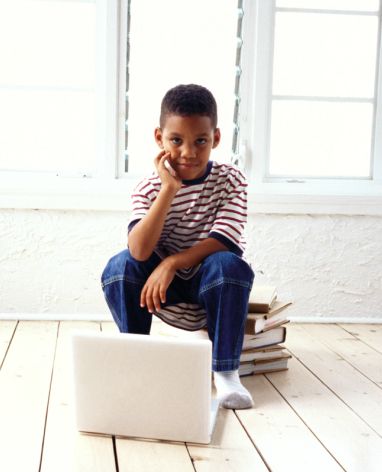 School's over for my kids and with today being the first Monday of the break, it's evident that they're bored already! Around 11am, my youngest child asked me if he can go to school. LOL…

Look at the first photo on the right! That is the standing fan that currently sits in our dining room. It still works, but while my kids were running one day it fell and a screw from the base popped off. I keep forgetting to use a larger screw to fix it (or glue), but since we rarely eat in the dining room I only remember it there when I'm looking through the front window.…

I received my Instant Figure - Seamless Scoop Tank on March 6th, my husband received an Insta Slim Muscle Tank. I am always excited when a delivery arrives for a product I have been asked to share my opinion on, especially when it's something that I can actually use. I won't spend an arm and a leg to buy shapewear, but I have paid a pretty penny for slimming garments that were of very good quality since the garments that…