SSUpMom replied to SSUpMom's discussion 'What are your best tips for elearning?'
yesterday 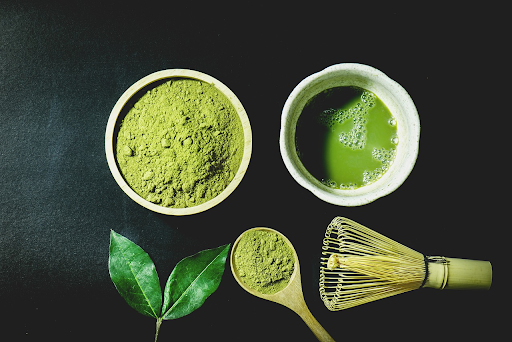 Matcha is a flavorful drink that some people would describe as “just a passing fad”. With its bright green color and seeming popularity in sweet drinks and pastries, it’s no wonder people seem to think so. But while this ingredient is now being touted as another hipster thing, very few people might now about the history of matcha.

Matcha is a type of tea that was served exclusively in Japanese tea ceremonies. Expert tea makers would sift powdered green tea leaves into a bowl and mix it with hot water using a specially-created bamboo whisk called a chasen. This would create a frothy, green mixture with a delicately sweet flavor to it that would remind the drinker of spring.

Matcha is very unique as a type of tea because of the way it’s made. Other tea drinks simply require you to steep the tea leaves in hot water to extract their aroma, flavor, and color. But once the leaves have been thoroughly steeped, they are removed from the water and dumped out.

This process robs tea drinkers of the many nutrients found in the tea leaves themselves. But matcha is made by grinding the tea leaves into a fine powder and mixing them with water, so the drinker gets to ingest even the tea leaves. Not only does this give the drink a color reminiscent of jade, but it allows for many of the benefits of tea leaves to be ingested by the drinker.

Leaves used for matcha are grown in the shade, which causes them to produce a lot of chlorophyll. The saturation of chlorophyll not only gives matcha its signature green color, but because matcha is chock-full of chlorophyll, the body is better able to eliminate chemicals and heavy metals.

One of the risks of drinking tea is lead, which can be very dangerous to our systems when consumed at higher concentrations. But in a study that tested 139 samples of Japanese green tea powder, they found that none of the matcha that was sampled exceeded the safe levels of lead. This is one of the great things about having a drink rich in chlorophyll.

It’s not a well-known fact, but matcha also has a lot of benefits for the skin. Matcha is rich in catechins, which are known to combat free radicals and slow down the aging process.

People with rosacea and acne may also want to apply matcha powder as a mask, as matcha’s anti-inflammatory properties help reduce skin redness, which rosacea and acne are known for. It also helps promote healthy skin cell turnover, reducing the frequency of pores getting blocked due to dead skin cells that were not sloughed off properly.

One of the common issues with drinking coffee is that although it gives you a good kick of energy, it results in what is called a caffeine crash. Matcha packs a huge dose of energy because it also has caffeine (even more than a shot of espresso), but it also has L-theanine, which is an amino acid that helps drinkers stay calm and focused. In fact, Buddhist monks drink matcha to help them meditate better, since it helps them stay energized without the usual jitters of coffee.