A Chat with D.W. Raleigh, author of ‘Shiloh’s True Nature’ (YA fantasy)

D.W. Raleigh was born in the Delaware Valley and has spent most of his life in that region. He has attended multiple colleges and universities collecting several degrees, including an M.A. in Philosophy. After toiling away for many years in various unfulfilling jobs, he began to realize that what he really wanted to do was write. Scribbling down ideas and little short stories he eventually came up with something he wanted to share with the world. Thus, Shiloh’s True Nature was born. D.W. currently resides in Newark, Delaware with his longtime love, Judy, and their two cats, Lovie and Cheepie.

Tell us a bit about your latest book, and what inspired you to write such a story.

In Shiloh’s True Nature, a twelve year old farm boy goes to visit his estranged grandfather in mystical Fair Hill, a town where everyone has amazing abilities.  The story is full of mythic themes and was inspired in part by the late Joseph Campbell.  I remember making a list of my favorite mythical themes and came across a couple of books by JC; The Power Of Myth and The Hero With A Thousand Faces.  I found those two works extremely helpful in constructing my novel.

How would you describe your creative process while writing this book? Was it stream-of-consciousness writing, or did you first write an outline?

Well, I took a list of my favorite mythic themes and tried to incorporate them into the story.  I did this via outline.  First, I put together a preliminary outline.  Once that was complete, I read over it, adding as I went.  I repeated this process somewhere in the neighborhood of 9 or 10 times.  By the end, the complete out line was around fifty thousand words.  I then converted the outline into the book.

What type of writer are you—the one who experiences before writing, like Hemingway, or the one who mostly daydreams and fantasizes?

My work is fantasy oriented, so I’d say I am far more Walter Mitty, than Hemingway.  I’ll go over and over an idea in my head; until it is just right…then I write it down. I get my best ideas while listening to music.  When I find something good to listen to, I’ll do the Walter Mitty-thing, where I fantasize and visualize something in my head.  When I can see it just right, I’ll write it down for later.

From the moment you conceived the idea for the story, to the published book, how long did it take?

It feels like forever.  The actual amount of time is close to seven years.  I spent a year or so just taking notes and compiling ideas…about two years outlining… another two years writing, editing, and writing some more…and then it took another two years to get published.

They say authors have immensely fragile egos… How would you handle negative criticism or a negative review?

I have no idea.  I want to say I’ll handle it well, but I probably won’t.  While those who know me might argue otherwise, in my heart of hearts I am an eternal optimist…so, while it might bother me at first, I will disregard it eventually.

When it comes to writing, are you an early bird, or a night owl?

When I wrote Shiloh’s True Nature, the majority of time was spent writing at night.  However, I have evolved and now do most of my writing on the sequel to STN during the day.

Thanks for stopping by! It was a pleasure to have you here! 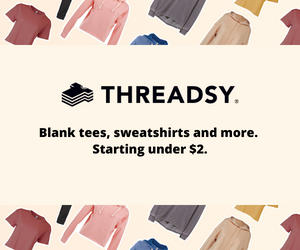 Healthy Smile: The Best and Worst Foods for Your Teeth