A Letter to Ian

Ian,
When we met a little over 4 years ago, I would have never thought we would be where we are today. It was December some time and you sent me a Myspace comment saying Hi, Blah, Blah! I don't remember responding back, but waiting it out. Then I returned from Seattle for Christmas and a couple of days went by. One night you instant messaged me and I remember thinking great an internet creep and turns out we knew some mutual people. A couple of weeks went by and I got a phone call from you during the most hectic nights of when my aunt was in the hospital. A couple of weeks went by and we went on our first date. Our first date was January 12th, 2006 right before my 19th birthday. I learned how to drive 40 MPH up snowy driveways in Tahoe Donner. You showed me lots of Truckee and I didn't know. 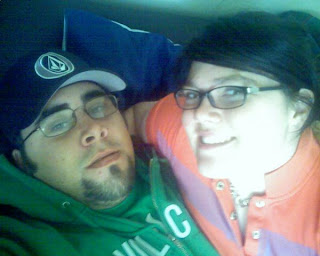 This was our first picture together. haha!
By April 2006, we moved in together to Reno. This year we had a lot of fun. You took me to my first Tool concert, I went to the Washington Rock Slides for the first time. You introduced me to Autumn and Tyson, I didn't know it then, but Autumn and I would become really good friends. We lived in Reno for a year and made the commute to Truckee everyday. I'm sorry, but I made you move. (little did you know it would be several times after that). We made the move to Truckee in May 2007 to Glenshire. It was good to be living back in Truckee and making short minutes commute to work. I went on my first booze cruise with you that summer despite my fear of rivers and I had a lot of fun.
August 2006, things started to get a little weird and I was scared, and frightened of the commitments we had. I started to pull away, and become distant and non communicative with you. I decided that I wanted to move out. I moved out by the end of the August with a friend in Kings Beach. Little did I know what I was actually doing or what the repercussions on my decisions were. After a couple of weeks I reached back out to you and decided that I didn't want you out of my life. Even though, we were separated for a few weeks I knew that I wanted to be back to the way things were. I broke my own heart, and left you to be with someone else. After I composed a letter to you and broke it up into 14 text messages. I got one reply from you I agree and feel the same. (After 14 texts I still only get 4 words from you). You aren't a texter at all. We hung out on and off for the month of September of 2007 and decided to go on a trip to the California Coast in October.
We had a great time in Morro Bay, Cayucos, San Luis Obispo Big Sur. I've never been to the California Coast and you showed me all of your favorite spots. Wine on the beach, driving through the trees and telling me inbred people are going to get me. It was dark and I remember watching the hills have eyes recently before the trip and thought they were in the trees. 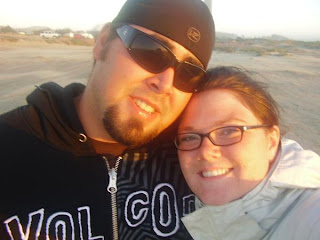 Us in Morro Bay
November 2008, we learned the biggest news of our lives that I was pregnant and we were going to be having a baby in July 2008. We moved back in together by December and spent the next 9 months preparing for baby's arrival.
July 25th, 2008 Mackenna Jane Wright was born @ 4:33am and weighed 9lbs and 21 1/2 inches. You may have almost fainted twice during the epidural and the start of Mackenna's arrival, but you made it. After a long 23 hours of labor, we finally had Mackenna. You got to hold Mackenna first and then me. It was the craziest and longest day of our lives.
The first year was fun as we discovered to be parents and learned along the way. We got into some arguments and were stressed and tired but we made it through. I went back to school when Mackenna was 6 months old on top of back to work full time when Mackenna was 3 months old. You were a help with Mackenna and taking care of the homestead while I was in school. It was tough going back to school and waking in the middle of the night for Mackenna's feeding. We traded off and nights and it seemed to work.
Before we knew it was Mackenna's 1st Birthday. We invited all of our friends and family and had a great time at our house. We went to Toys R Us to go shopping for her birthday and went crazy. You even had a lot of fun picking out stuff.
Now, another year has passed since her 1st birthday and our little girl will be 2 years old this month. You are a great daddy to her and I love you so much. It has been a fun and exciting 4 years with you and I can't wait to see what our future is like. (I'm sure our parents would be like us to be married someday ha! ) 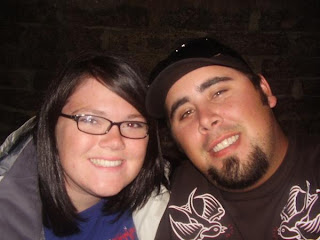 Us in Big Sur