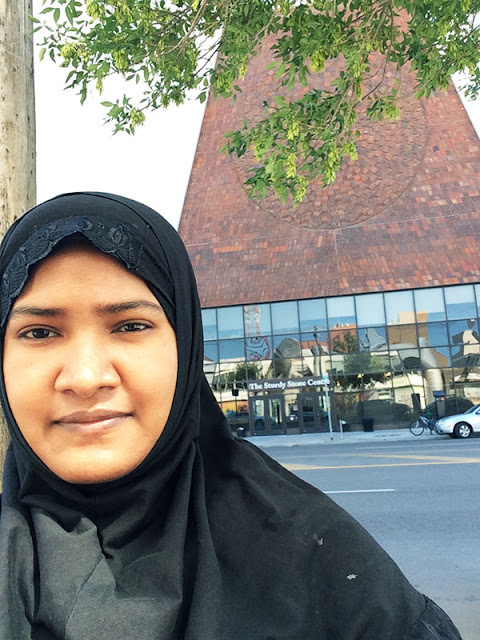 In Saudi Arabia, I have started living in a small village "Alkaseem". I heard, later it became a good big city. I, my older sister and my newborn younger sister started living with our mom in a local clinic. My mom was a family planning trainer, she has to work as a senior nurse. It was a government job. My dad has to work in another city. First, he worked in "Tabuk". Later moved to "Umlej". He was an engineer in the Telephone Department. This was also a government job. I heard from him, that Tabuk's weather was very extreme.

My mom got her living arrangement from the government in the clinic. It was an extended part of the clinic's building, separated by a wall. It was a one-storey building with two (As separated by a wall) big ground. The whole ground was covered by small stones. It is in the desert, so I guess, stones were to prevent dust. The washroom was at the end of the field. The main door was at the clinic's section. A big iron door. Just beside the door, inside our boundary wall, there was a big sand mountain. It was very high that we (I and my sister) use to afraid to climb it up. Later as we tried so many times, the sands fell on the ground and made it easier to climb it up. My sister was the hero in this activity. See, when she does anything, nobody noticed. But when I do anything like that, Oh what a girl.

Our furniture was from the clinic's furniture. Iron bed and chair. the floor was made of concrete. As we were living in the desert, the floor always felt covered with sands. In winter, mom uses to covered the ventilators with plastic. Maybe windows too (I don't remember). But I remember the weather was very dry over there, I felt my skin became toasted.