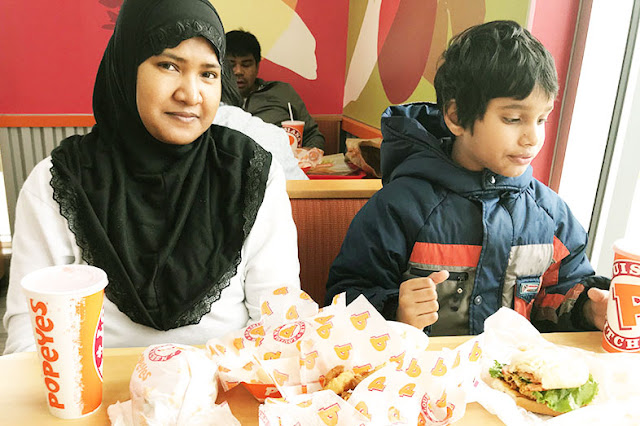 When I was in elementary (Primary) school, our class seats were divided into two rows. The left side was for boys and the right side was for girls. Generally, girls uses to play together and boys passes their time in their own way. Most of the boys use to fight, jump, scram a lot. I think, because of this attitude, girls use to avoid them.

I had noticed one boy uses to sit in a corner. I can see he always takes a bath before coming to the school as his hair was wet or had given oil and comb it very properly. He use to study well at home and did his homework. He never tried to make fun with any girls. He was a good boy. Only because of that I like him as a classmate. Or I can say, I felt, he wasn't harmful at all, that makes me safe and happy.

He used to live beside our home. There were some rooms or houses made of brick walls and roofs were made of tin. A couple of families lived there. It was a one-storied building. Now a multi-storied residential building was built in that place.

One day my mom called me. She was standing beside the window. She said, "The mom is beating the boy for a long time very hard. This is how I should beat you". My mom left. I could hear a woman's voice. She was screaming by saying, "How dare he push me, I will smash his balls and so on" and I could hear the noise of beating with "sholar jharu" or coconut broom. I could also hear, Prokash was screaming. I had stood there for a long time. The punishment didn't stop. I came back to my place and it was going on.

I wish I could stop somehow. But in Bangladesh, there is no organization to save abused children from their parents.

Later, when my son started going to school I have felt the same. When we used to come back from school or anytime walked through the apartments I could hear the voice of crying kids. Where parents were beating up their children to study, to make good marks in school. Because it became a high competition era.

Let's come back to Prokash. The next day I saw him in the same place, sitting in a corner, no talking, no jumping around. I felt bad. Now I know why he doesn't feel any interest to do anything.

After a couple of days suddenly he disappeared. I couldn't ask anyone what happen to him. Otherwise, girls would have made jokes about me. Then one day Buri told the girls, Prokash is dead. She also told that he had a stepmom. I had a feeling it was a murder, he can't die all of a sudden.

In Bangladesh, stepmom or dad don't make good relations with their step kids (I am not counting a very few different exceptions). I wish people could love every kid.