Combatting Cyberbullying: A Parent’s Guide to Online and Offline Defense 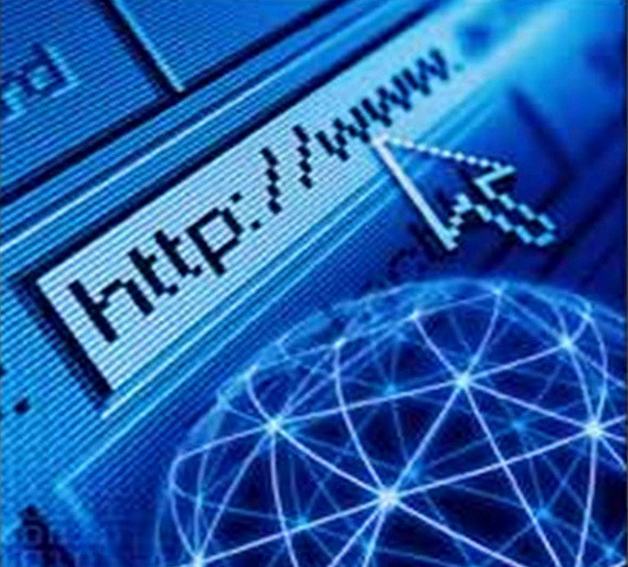 Do Not Ignore It

With the prevalence of electronic forms of communication, cyberbullying is becoming ubiquitous. Mobile devices have taken the place of PCs as the primary portal to online content, making electronic harassment difficult for parents to detect. Cyberbullying is much like a termite infestation – by the time you discover the problem, it’s been going on for long enough to do significant damage. Never minimize the impact of cyberbullying on the victim. “Sticks and stones” works okay for emotionally-developed adults, but most teens have yet to develop that kind of resilience, and derive enormous validation and self-esteem from their peers. If you still think this is a non-issue, take a look at these statistics:

Consider the Victim's Emotional Health from the Beginning 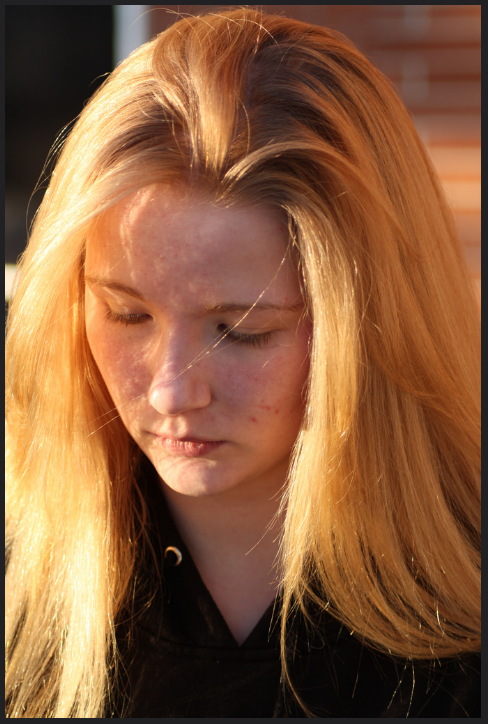 It is important to shield the victim from additional attacks to mitigate these consequences. Contrary to what your teen might tell you, the world will not actually end if their Facebook account is deleted or their phone number changed. Take the time to document instances of cyberbullying in detail before these measures are taken.

Do not wait to seek expert help to deal with the emotions of cyberbullying from the onset. The psychology of a bully is such that he or she will target those who they perceive as weak or vulnerable, like a lion going after the sickly gazelle. Bullies target victims who are already emotionally sensitive or socially awkward. These victims are at an increased risk of depression, anxiety, and suicide. Professional councilors can help teens develop coping skills and social defense mechanisms to discourage bullying. Delaying such counseling can have long-lasting effects on a teen’s lifelong emotional health.

When to Involve the Authorities

How to Fight Back

As a parent, it is your responsibility to protect your family and provide your children with opportunities to thrive and flourish without serious threats to their well-being. I’m not an advocate of helicopter parenting, but that term refers to rescuing your child from situations they are equipped to deal with on their own at the expense of valuable learning opportunities. Cyberbullying is neither a situation your child is equipped to deal with on their own, nor is it a valuable learning opportunity. It is a serious threat to their health and future, and we don’t let those threats persist.

So you are going to wage a counteroffensive, the singular goal of which is to restore your teen’s ability to attend school and lead a fulfilling life without fear of intimidation or harassment. The fight is not against the bully or the bully’s parents or the school system or anybody else. The fight is against bullying itself – bullying is our enemy. Right now, our enemy has a lot of allies, but we are going to make it a very unattractive prospect to remain allied with our enemy. It is important for you to characterize this effort correctly and help your teen understand it in these terms. So strap on your battle boots and suit up! Here is a step-by-step campaign for your fight against cyberbullying. 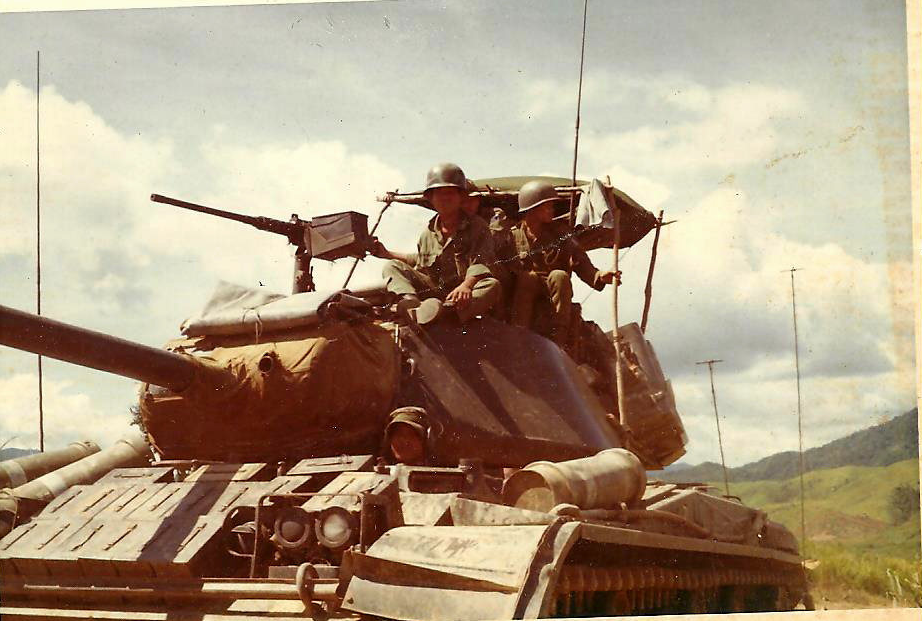 Step 1 – Don’t Sink to Their Level

It is tempting for teens and even parents to fight fire with fire and fling mud back at the instigator. RESIST THIS TEMPTATION AT ALL COSTS! Resorting to these tactics weakens your case and may even open you up to civil liability or criminal charges. Instead, use this same exposure to your advantage.

When you become aware of cyberbullying, the victim’s interaction with the bully ceases immediately and permanently. This may necessitate the victim temporarily going “off the grid” for a while. Such measures are drastic, but are also temporary. Your teen may or may not respond well to this treatment, but mommy and daddy know best in this instance.

Step 3 – Pull Out the Big Guns

Bullies will rarely persist once confronted, as they are almost always looking for an easy target. You, the parent, are going to do the confronting. Identify all the media being used to target your teen (texting, social media, etc) and engage the bully there one final time. Your tone should be respectful but firm. The message should read something like this:

“This is Lacie’s dad. These messages have been reported to the police. Please stop all communication with Lacie immediately, or we will be forced to seek further legal action. Thank you.”

Once the ultimatum has been issued, your direct communication with the bully also ceases completely. Any bullying or other communication from the instigators should be documented and forwarded to legal counsel. Most forms of bullying are designed to instigate a response from the victim. You may have heard the phrase “Don’t feed the trolls.” This is exactly the approach we take here – cut the bully off from the emotional reaction they are hoping for. Steps 2 and 3 together may be sufficient to resolve the issue permanently.

You weren’t bluffing in Step 3 – you are going to war! Or at least, you are preparing for war. You should compile a file that contains the exact text and timestamp of every instance of bullying and every relevant communication you can get your hands on. Most phones are equipped with screenshots, which are extremely helpful. This is ammunition to be used in case legal action becomes necessary. Seek an attorney’s advice about whether such action is appropriate. We stop this campaign when the bullying stops and normalcy is restored to our teen’s life – not before.

The following guidelines may be helpful when determining whether and what legal action is available to you. Seek an attorney’s advice regarding your specific situation.

If legal action is brought against the perpetrator, things will get ugly. Lawsuits never look good from a PR perspective, and defendants will make every attempt to paint the picture of your teen being the instigator. This is why it’s important to restrict communication with the bully, so as to preempt them from using any of that communication as evidence to weaken your case.

A trial is the worst-case scenario and will hopefully not be necessary. Merely the threat of legal action is enough to resolve most concerns. But make sure all parties are aware of how far you are willing to carry this if forced to do so. If abusive behavior does not stop, you are going to make them your new hobby. They will be served so much legal paperwork that cease and desist orders will be coming out of their cereal boxes! Restraining orders will become their new favorite hor d'oeuvres! Orders to appear are going to show up in their happy meal! Make it clear that their actions are going to stop – this is not a negotiation.

Remember that the goal of our counteroffensive is to restore your teen’s ability to attend school and lead a fulfilling life without fear of intimidation or harassment. It’s not to punish or vindicate or get revenge – especially if such efforts might make it more difficult for the teen upon re-entry. We want our teen to struggle with normal teen issues again like having too much homework and being too nervous to talk to their latest crush – not being afraid of showing up to class. This means doing our best to leave the battle behind us.

Putting this mess behind us involves removing as much harmful content as possible. Text threads can be deleted, phone numbers changed and other phone numbers blocked. Moving forward, it is usually advisable for the teen to cease contact with the bully, even if “we’re good now.” In extreme cases, a change of school may even be appropriate.

Social media sites have ways to report abuse. Following their protocols to have content examined for cyberbullying is usually straightforward. Whether it is text, images or videos, the companies behind the social media platforms have rules of conduct for users. Reporting misuse can usually have the content removed. The authorities may even be able to identify the true source of “ghost bullies” using fake profiles. Services also exist to remove damaging content or material that casts your teen in a false light.

Ideally, we will only have to have this fight once. Consider behaviors, attitudes, aptitudes, or habits that your teen might develop to dissuade further attacks. This may involve attending resilience training, learning to develop social skills, or learning comprehensive self-defense tools such as assertiveness and conflict de-escalation. Try not to make teens feel like they “brought this on themselves” or “had it coming.” Nobody deserves to be bullied, but there are proactive steps you can take to prevent it.

It is critical for all parents to monitor texting and online communications for evidence of participation in or victimization of cyberbullying. Teens who have not been victims of these online and text-based bullying attempts should be made fully aware that every bit of information shared by electronic means can eventually be discovered and used in a twisted way to commit acts of bullying. Teach that even private images and words only shared with a friend could suddenly be used as a tool to cause harm. Teach them that bullying is never ok, and when tempted to engage in such destructive behaviors: stop it.

Marina Sestan is now a member of Mom Bloggers Club
Wednesday
Welcome Them!