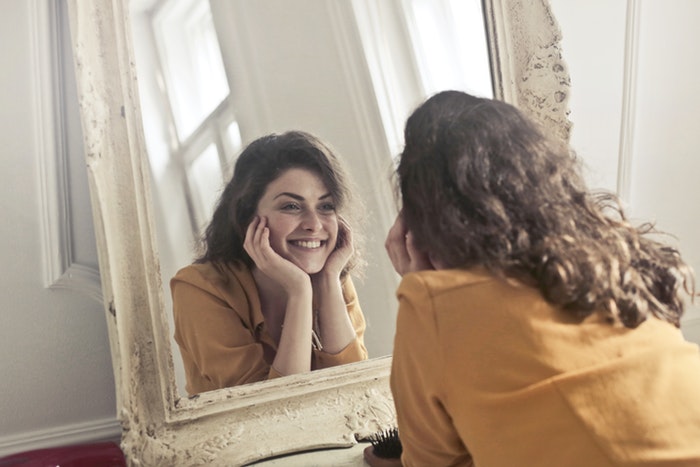 By the time I turned 25, I was sure my life was a single-lane highway.

A single-lane highway with no exits. As far as I was concerned, I was headed in the same direction, with no option to turn around, change lanes, or veer west. My path was set. I’d chosen my career, my relationships, and I’d developed a personality. This was it. I’d made my bed, and I was going to lie in it.

The problem with that? By age 32 I was burned out and miserable. I kept the ball rolling, determined to make my life work somehow, but I felt a growing sense of panic. If this was all I had, how could I cultivate happiness? Contentment? I felt stuck.

It was then that I realized my life wasn’t a single-lane highway. It wasn’t even a road at all: I was less of a car and more of an airplane (like a private, ultralight airplane). Short of disastrous crashes, I could angle anywhere I pleased.

It was then that I began to make some changes, and without those changes, I don’t know where I’d be.

It’s my hope that you’ll learn from some of my life changes and profit in the same way I did. Some of my friends already have, as you’ll see in my first example.

The first change I made was to switch my career. And, oh! am I glad I did? I was working as a marketing director, and it wasn’t for me. Marketing is an exciting and fulfilling career for many, but I started to hate my daily task: convincing people to buy things they didn’t need. The work felt empty to me, and I started to wish I was doing something more meaningful. I went online and found flexible courses for social work, and fast forward a few weeks: I’m now working in a hospital as a social worker. I went into marketing because I wanted a challenge because I thrive on analyzing the human mind. I now do that every day, but in a field that makes me feel good about my contribution and fits who I am.

I wasn’t the only one who benefited from my life switch. My friend Jeff, who’s a few decades older than me, was likewise miserable in his job. He noted how much I’d changed just from making the career switch, and he decided to join me. Not as a social worker, but in the job swap: as a mechanic. Jeff had been making the big bucks at an accounting firm, but his true passion lay in engines. After seeing the new vigor my profession change brought, Jeff looked into automotive & diesel technology degrees and opened his own auto repair shop a year later. He couldn’t be happier.

A new career was the right thing for me and a few of my friends, but it wasn’t the only significant life change I made. I also made some changes to the way I acted in relationships. I always had difficulty asking for help, and I was always between a rock and a hard place because of it. Have you heard of the Giving Tree? That was me. In my humble opinion, there’s nothing commendable about a love that turns you into a stump. Despite my best intentions, I was a stump. I never asked for what I needed: I gave and gave and tried to do everything myself. I can handle this. I’m self-sufficient.

I started altering my thinking just in time for a minor car accident. I injured my neck and shoulders in a crash caused by another driver. I was tempted to “prove my self-sufficiency” and pay for my chiropractor bills alone, but instead, I decided to seek out the help of a personal injury attorney. The difference between asking for help and doing it myself was, in this case, several thousand dollars. I.e., all my chiropractor bills were paid.

The last change I made was pretty wild, especially for me. If you’re already overwhelmed by the thought of switching careers, I’ve got another crazy idea for you. While you by no means have to do what I did, I do highly recommend it: I moved continents.

Some people want to stay near family and friends, and that’s very understandable. I was in a unique position to move, as an only child with deceased parents. Most of my friends were work colleagues (and it was time to get some new ones). With few ties holding me back, I decided to move to Australia.

With a new career in social work awaiting me, I wanted one more thing out of my life: adventure. I’d always admired people who traveled, but I’d never done it myself. I also felt the re-awakening of a girlish dream: I wanted to rescue horses. I looked into house and land packages in Melbourne and had a small farm built right where I wanted it. I not only have two rescued two horses kept them in the barn behind my home, I also know where to buy sorghum grain in Australia to raise for feed. Between my job at the hospital and my farm adventures at home, I’m living a life I didn’t think was possible a few years ago.

If you take any tips from me, they shouldn’t necessarily to be a degree in social work and move to Australia. Your path will look very different from mine since every person is unique. The tip you should take away from my adventures is this:

If you don’t like your current life situation, don’t imagine that it’s fixed. There’s always a way out, even if it involves hard work and sacrifices. If you really want to make a change and see a better future, anything is possible. You just have to go after it.

I’m so glad I didn’t continue to believe in the one-lane highway. For a while, I felt as though any chance for change and discovery ended the day I graduated (the first time). Now I know that every day is a chance to make changes, learn new things, and grow towards a different future.