My daughter’s brush with depression 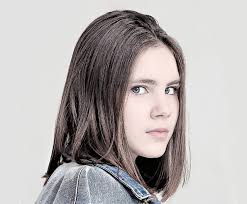 My father passed away recently. That was fine. I mean, not fine, fine. But he was old, and sick for a while, so him finally passing kinda came as a relief to my family. We all felt like he had finally gotten his well-deserved rest after a long and fulfilled life.

My daughter wasn’t very close to my father. She visited him with us at the hospital, and we took her to the funeral, but we all had a sense she didn’t really know what was going on. So I thought she was going to be fine with the whole thing.

At first, my husband and I were concerned but didn’t think much of it. Our daughter, Elisa, started staying in bed longer and wasn’t talking very much. She said she was sad over grandpa. We figured she was coping, and we talked to her about life and death and all that, but mostly we just assumed this was a healthy thing for her.

After all, we all have to confront our mortality sometimes, and I couldn’t shield her forever. I figured she would feel better soon and be more mature for it.

She didn’t. She got worse. She started crying for no reason, spending hours and hours in bed just staring at the ceiling. She wouldn’t talk to us about it, she just said everything was fine when we asked.

For the first week, we were the only ones that noticed. But by the next week her teachers had noticed too, they said she was slower and quieter, and asked me if everything was ok at home.

Finally, at the start of the third week, one of her teachers pulled me aside when I dropped her off and told me I should look into depression.

Jesus. Who wants to Google if their eleven-year-old has depression?

Google, and then doctors.

Yep, depression symptoms, all of them. Staying in bed, acting slower, lack of motivation, extended grief. All symptoms of a major depression episode, especially if they go on for more than two weeks.

I started looking into mental health, and mental health care. I actually ran into an article Anivda.com and thought it was very helpful. Tip #55 in particular: https://anivda.com/mental-health-skill-building-activities/

We took our girl to the doctors, and they did what doctors do. Questions, then tests, then more questions, then new doctors, until finally, someone decided it was time to put Elisa on anti-depressants. By then she’d been depressed for over a month, and her grades were starting to suffer.

Elisa doesn’t like doctors, not at all. She clutched my hand whenever we were at the doctor’s office just to feel safe. She started crying when we told her she would have to take some pills for a while. I tried to tell her she’d feel better after the pills. Watching he cry was so hard, I felt like a little part of me was dying. Who gets depressed at eleven years old? I felt like a failure, the worst mom ever.

Well, it’s been a long journey, but a couple of days ago — a full two months after my father died — Elisa finally started going back to her older self. She’s more bright, more joyful. She still doesn’t like to be on pills, but she doesn’t seem so hurt about using them anymore. And I… well, I’ve been researching. I learned how depression is biological as well as psychological, so some people just need to get a supplement of happy chemicals to function regularly. You know, same as when people need hormones or insulin.

I still feel guilty, though. But at least my little girl is back to normal, that’s all that matters.