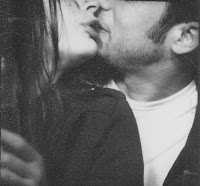 So I managed to make it through long enough to see the New Year in. Just about. Milo had been on top form all morning (despite waking up at
stupid O'Clock which of course made the day even longer) and played long
enough alone for me to pack my bags to take to 'The Lawyer's'  and
even the chance to have a shower and wash my hair! Wow! I sat him down
with his Pinocchio book with a CD playing of a rather dull British woman
reading out the story which has been stripped down (and quite frankly
ruined) to I guess what 'they' see as a pre-schooler appropriate length.
As I re-entered the room you can imagine my shock and there he still
was sat on the floor leafing through the book!

I handed Milo over to his dad's at 11am and then made my way over to
'The Lawyer'. Despite the calm morning I was already knackered by
the time I arrived at his which didn't bode well for the day but I tried
to kip for a bit and that didn't work. We then made our way over to one
of 'The Ladies' for an afternoon of chatting, nibbling and
drinking too much sekt. The alcohol and conversation continued to flow
and we then made our way out onto the streets for the perfectly brief
walk to 'The Lawyer's' brother's place which turned out to be not
far away. More food and drink was placed before us, it would have been
rude to say ''no'' and then we headed out, successfully grabbing a cab,
to a party in Prenzlauer Berg. By this point I was lagging to say the
least. I did it though. I stayed awake (much in thanks to my joy at
checking out a rather cool and very large apartment and the 4 pack of
Red Bull plus two Red Bull weird shot thingys which had been consumed
throughout the evening).

On the way back I decided we absolutely must make use of the old
fashioned photo booth that sits just a few steps away from 'The
Lawyer's' front door and we took a few drunken snaps (see above for
proof).

Happy New Years everyone, I reckon it's gonna be a good'un!

How to Buy and Sell a Car as a Non-US Resident?

Lisa Alix is now a member of Mom Bloggers Club
yesterday
Welcome Them!