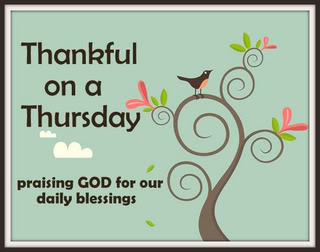 My dad was as strict as they come when I was growing up. He was a hard ass and he knew it. Although, he was a tough dad I still didn't go without, I was taken care of, and because him I am who I am today.
A little background on my dad...
My dad was born in raised in Kent, Washington. His dad (my grandpa) was the hardest hard ass as they can possibly come. My grandpa is old school. Although, my grandpa was very financially stable, you wouldn't know it by the car my dad drove and the hideous rugby shorts and striped shirts he wore. My dad's first car was a nova with a chain that was attached to the hood. (Kinda like tommy boy, after they destroyed the car). Although, my grandpa was a tough parent and a pain in the ass to my dad I'm sure at the time.. my dad wouldn't be who he is today if it weren't for his dad.
Of course we parents always take a piece of our parent's traits and practice them on our own kids.
Even though we swore we would never do those things that our parents did to us to our kids, we do and shake our heads after we realized what we just did and say. .... " I sound like my dad..." 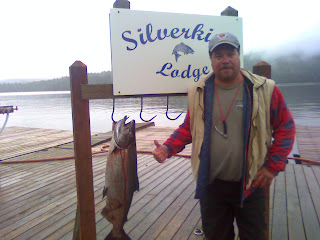 My dad was always there for me. He was a neat freak. I mean a NEAT FREAK. If there was a piece of paper on the floor of our rooms, there would be hell to pay. I mean my dad told me that the dishwasher was for sterilizing only, and that the dishes had to be cleaner going in then they would coming out. That meant not a piece of food on the plate before it went into the dishwasher.
I remember when I would get upset and would be yelling or raising my voice to get my point across, my dad wouldn't speak to me until I could talk like an adult. Sometimes, I could just rip his head off, but eventually I would calm down.
I have so much to thank my dad for. We went on vacations to Mexico, Alaska, camping and soccer tournaments together. My dad was the number one dad and soccer fan. Yes my dad was my soccer fan. Every says soccer mom, so for Christmas one year, I got a license mat made that said #1 Fan Soccer Dad. He even went to my first gynecologist appointment, how many dad's would do that.
As much as I couldn't stand my dad's rules, and his OCD on cleaning, and his silly sayings that use to drive me nuts. I can respect them now as an adult, because I find myself trailing in my dad's footsteps.
For Example: As a kid I wasn't allowed to have sugar soda, or it just wasn't in the house. So, If I wanted a soda I had to drink my dad's diet coke or diet pepsi. I blame my serious addiction to diet coke on my dad, and I can't really stand the taste of sugar soda's.. thanks dad. Our Halloween candy lasted an entire year or more in the freezer. We were allowed to a piece once in awhile.
Now I can't do the dishes without the dishes being completely clean before I put them in the dishwasher. I mean come on now... I used to hate that as a kid, but I just can't seem to help myself.
My dad was a hard ass, he called me McFly, he was a pretty cool dad when my friends were over (sometimes embarrassing). Parents can be embarrassing, I feel like its their job. Even though my dad wore the same black sweater from my grandpa's gold mine, that had hole's in it might I add, and dropped us off to school, my dad was still a great dad.
He loved me no matter what. He was my biggest fan on and off the field. He treated me like an adult if I acted liked one. He gave me the best childhood a kid could ask for. Even though, I made my dad a grandpa younger than he probably wanted, he still was there for me.
I'm thankful for a great dad.
Love,
McFly
What are you Thankful for this week?
70. My Dad
71. My Friends
72. Pumpkins
73. Rain and Wind
74. Snow
75. Firewood
76. San Francisco Giants in World Series
77. Coffee & of course Diet Coke

What to Consider Before Becoming a Stay-at-Home Mom

Tina Pittman is now a member of Mom Bloggers Club
4 hours ago
Welcome Them!