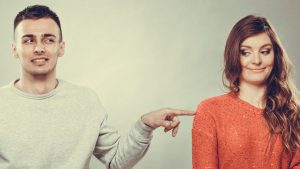 As an older single (mid-40s) who has been on dating sites and has a lot of friends in the same age range who are currently on dating sites, I wanted to share our thoughts and advice. I decided to post a question to all of the women who are my Facebook friends, and ask them what their advice may be. Then, some of the guys chimed in and so I decided to write this post for men AND women instead of just the men as I initially planned. It was fun and interesting to learn what the men do not want us women to do.

Disclosure: this does not apply to ALL men and all women so do not be offended.

In closing, I would like to thank my friends for their feedback. It’s a fun topic! However, I have to admit that I am not a fan of dating in my mid-forties. It’s challenging and the longer I am single, the more challenging it becomes. I am far from perfect and I do not expect perfection from anyone else. Dating can be great even though it comes with confusion and challenges at times. My best advice and advice from friends is, to be honest with yourself and others and be yourself. Always be yourself! Remember, you are on your own journey. While companionship is important, you do not NEED another person to fulfill your inner joy. Take your time, never settle and never give up.

Macie Satterfield is now a member of Mom Bloggers Club
yesterday
Welcome Them!