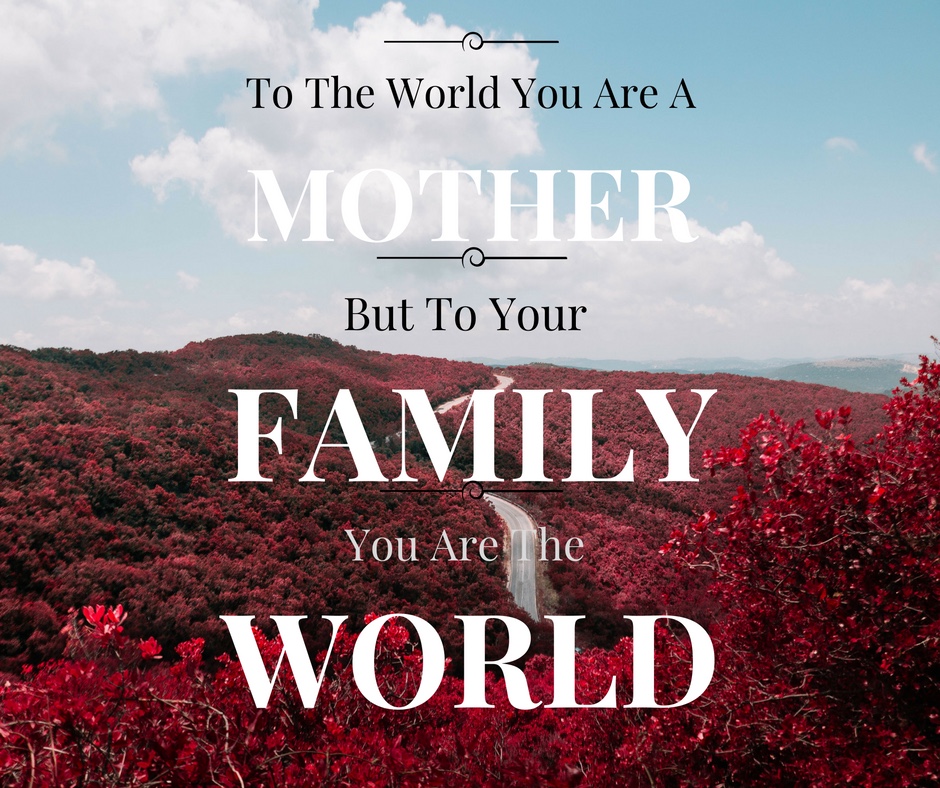 As I was doing my devotions this morning (Out of the Spin Cycle by Jen Hatmaker), I came to realize just how hard being a mom in today’s world actually is. Not that I didn’t really know it with all that I have going on myself. But I started thinking about how moms got on in biblical times. I came to this thought during my prayer time, when I was talking to God about the hardships of Jesus during that time and how they were different kinds of struggles. Obviously, Jesus had the hardest of hardships above anyone, but being a mother during that time, I’m sure, had a few difficulties.

Mothers, up until the last few decades, had a responsibility to the home and nothing else. They had family to help rear the children (i.e., their mothers or their mothers-in-law), who most likely either lived with them or lived very close by. The economy was able to provide families with just one income to survive or even live beyond their means. There was no internet, so mothers did not know how successful or unsuccessful other mothers were with their children. There was no need to keep up with how some other mother was raising her children across the country, because we didn’t see it. We were oblivious to everything but our own communities.

Biography 80: A friend from grade 2