What Are The Early Pregnancy Symptoms

When it comes to being pregnant, there are a number of symptoms that a woman can expect. Some are very common and others are more rare, but early pregnancy symptoms are often universal in that they effect every mom-to-be. Among them, nausea, backaches and fatigue. Other early pregnancy symptoms, which are less common, may include bladder infections and nosebleeds. 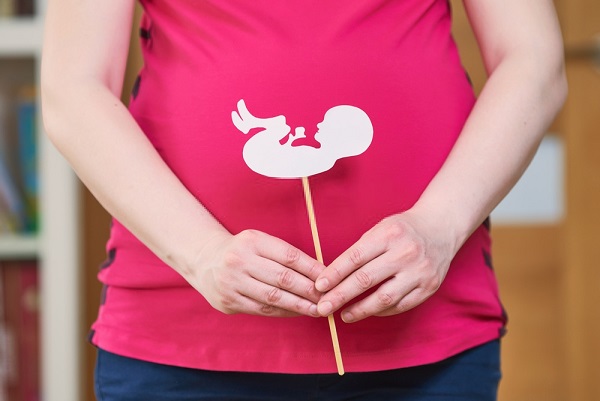 When To Expect Early Pregnancy Symptoms

Soon after conception, a woman's body begins to change so that it may safely accommodate the child during pregnancy. It is these changes that cause early pregnancy symptoms to occur, but most women find that they begin to fell like themselves again by the fourth month or second trimester of pregnancy. At this time, the body has mostly adjusted to the changes and the early pregnancy symptoms are no longer an issue.

Morning sickness is the most common symptom of early pregnancy. Affecting as many as 70% of expectant mothers, morning sickness is not generally a medical concern unless it begins to affect an otherwise healthy eating pattern. The best way to treat morning sickness is by snacking on a few crackers, eating several small meals throughout the day to avoid having an empty stomach and drinking plenty of liquids.

Constipation is one of the early pregnancy symptoms that effect at least one half of all expectant mothers. While this may occur at anytime during the pregnancy, constipation is believed to be the most troublesome during the first trimester. Eating on a regular schedule and drinking plenty of fluids, along with some type of doctor recommended exercise is the best way to treat constipation.

When it comes to movement, many pregnant women experience dizziness as one of the more common early pregnancy symptoms. Fainting, however, is much less common and is actually quite rare. Slow movements, including standing, sitting and walking, will help to treat dizziness. In addition, drinking plenty of fluids and remaining active in order to promote better blood circulation will help to ease dizziness.

Fatigue, which is the most common of all early pregnancy symptoms, is something that every expectant mother is likely to experience. The best treatment is to get plenty of rest and avoid participating in strenuous activities that would otherwise leave you tired.

It is important to note that if any of these symptoms become severe or have accompanying ailments, you should consult a physician immediately. The information in this article is designed to be used for informational purposes only.

It should not be used as, in place of or in conjunction with professional medical advice regarding early pregnancy symptoms. If you detect any of the aforementioned symptoms and/or believe that you may be pregnant

, consult a physician for a proper diagnosis and recommended treatment program.