THE EASIEST KIDS’ CRAFT EVER FOR UNDER $1: SIMPLE ORIGAMI BOX Why do we let young girls dress like this?

Why do we let young girls dress like that? 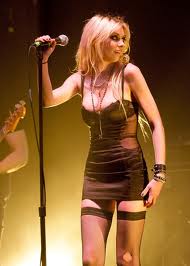 Have you noticed how more and more teenagers and tweens are dressing provocatively or is it just me?

In an article by Jennifer Moses in the Wall Street Journal, she poses the question, "Why do so many of us not only permit our teenage daughters to dress like this—like prostitutes, if we're being honest with ourselves—but pay for them to do it with our AmEx cards?" This controversial article and interview has 280 comments since it was published on Saturday March 19th. Many of those who commented were angry at Jennifer Moses, however, she does have a point: the media is bombarding young girls with role models like Miley Cyrus and Paris Hilton and tween catalogs are advertising clothing as "sexy and flirty." In another article entitled "Too Sexy Too Soon," you can see how the fashion industry is putting pressure on tweens to look sexy.

There is nothing new to the fact that young girls want to be cute and flirty, however, I've seen some eleven-year-old girls dress so provocatively that you question, "What is their intention? Jennifer Moses asks, "What are they saying? I've got them, come and get them?" She admits that some mothers are better at guiding their daughters than others, and that she has had problems with her own daughter while trying to bond during a shopping trip.  Excuses like, "It's no big deal mom, everyone is dressing like that," or "Just cause I dress like that doesn't mean I'm having sex," are common. She admits that teenagers will drive you crazy, and you end up giving in.

There are some moms and dads contributing to this behavior by shopping with their daughters and throwing them parties at clubs. It's almost like they're saying, 'Look how hot my daughter is.'" But why? One mother says, "It's a bonding thing. It starts with the mommy-daughter manicure and goes on from there." On the other hand, Jennifer Moses who grew up at the tail-end of the hippie generation, brings her own theory. She says, "It has to do with how conflicted my own generation of women is about our own past, when many of us behaved in ways that we now regret." She continues, "We are the first moms in history to have grown up with widely available birth control, the first who didn't have to worry about getting knocked up."


When asked what about her message, Jennifer Moses believes we need to make kids aware of the following:
If you're a parent of a tween or teenager, to what extent do you think it's the media's fault? What can and should we do as parents?

Comment by Gutsy Living on March 24, 2011 at 12:34am
Hi Christina, Thanks for your thought provoking comment. I'm glad you take such good care of your daughters and guide them into making the right choices.

I was just talking about this with a lady I met yesterday! And my daughter is only 6! It's getting harder and harder to find age-appropriate clothing. I HATE shopping for bathing suits for my daughter. Last summer, even the one-piece suits (even at walmart) were teeny tiny...sexy heart-shaped neckline and the sides cut out leaving just a thin strip over the tummy and the entire back exposed. That is NOT a siluoutte that is appropriate for a girl!!! I always here other parents say things like "that is so cute!" and all I can think is, "yeah it's especially cute to pedaphiles". And Halloween costumes. Don't get me started! Even for middle school age girls, the costumes have all become slutty versions. It's insane!!!

I think the best thing we can do is to validate our children (especially our daughters). All females have this need to feel accepted. And especially in our society, we are shown that acceptance can very easily come by being pretty and sexy. I try to find a balance with my girls. I want them to feel pretty; I don't want to just stress that beauty is on the inside. But I want them to know that sexiness is for grwon-ups-NOT children. It's tougher with teenagers. The line becomes very fuzzy when they want to start being sexy. It differs for every child I'm sure. They all develop at somewhat different times. And no one wants to think of their teenagers as wanting to be sexually active, but it can be dangerous to ignore that part of development.

I think the best way is to pay attention to your own child's development and make sure that they have a strong sense of self and a decent knowledge of sex. Even if you want them to wait until marriage (which you cannot control), it is important that they have a positive and healthy view of sex. That combined with a strong self-worth will hopefully keep them from making reckless decisions, and that will naturally be reflected in how they dress. Of course mine aren't teenagers yet, so I've yet to struggle with "but all my friends are doing it".