Rose commented on Pualani's group 'Submit Your Giveaway!'
23 hours ago

Your Way or the Highway: Five Solutions for Dealing with Road Rage 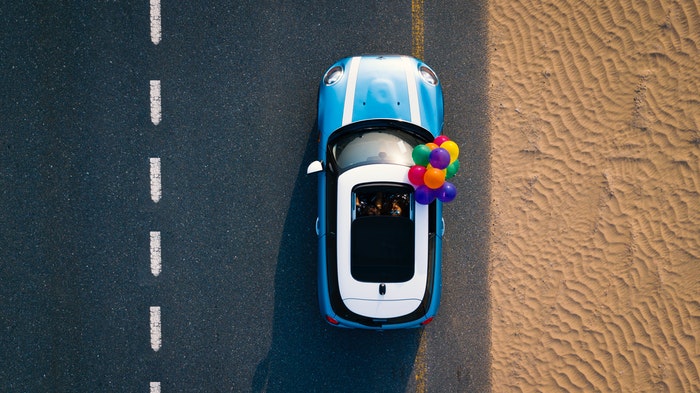 We’ve all been there: it’s been a long work week and the rush-hour traffic is worse than usual. You want nothing more than to get home, kick off the heels, take off the bra, pour a glass of shiraz, and settle in for two days of doing nothing more strenuous than a Netflix binge. But just as you’re about to take the exit that will lead you home, some jerk cuts you off and then slows way down. Or a tailgater is crawling up your you-know-what even when you’re doing the speed limit and driving in the right lane. The next thing you know, your blood pressure is skyrocketing and you’re laying on the horn.

Road rage gets to everyone, every once in a while. Unfortunately, it could get much worse than just a racing pulse and a few expletives. The reckless driving (and braking, and swerving) can easily lead to an accident. Even scarier, people have been known to pull guns on each other over the most minor of infractions.

Read on to learn how to stop road rage before it gets out of hand.

If you’re already stressed, you’re probably tempted to jump in your car, speed off, and get home as quickly as you can. But that sets you up for frustration, says an accident attorney who works for a well-known Aventura law firm. When you’re impatient, anyone who gets in your way can seem like an obstacle — or a nemesis.

Instead, take a few moments when you get in your vehicle to set yourself up for success. Do a quick meditation or just breathe deeply for a minute or two. Put on some upbeat, happy tunes or a good audiobook for the ride home. Set the intention that you will be a kind, courteous driver.

Let others merge. Wave them in to let them know it’s safe, and why not smile while you’re at it? If someone is riding your rear bumper, move to the right or speed up a little bit rather than tapping your brakes as a warning to back off. Allow other drivers to pass. It’s not a competition, and that split-second you save by racing another driver won’t get you to your destination much, if any, faster.

3. Assume the Worst of Others

We know this sounds bad, but bear with us. At the same time that you’re being the most courteous, friendly driver you can be, it is a smart idea to assume that others are going to be jerks who are easily triggered. Tread lightly or imagine you’re walking (driving?) on eggshells. In other words, don’t give an angry or unhinged driver any excuse to retaliate or escalate.

If a disgruntled motorist does take out their anger or aggression on you, resist the temptation to respond in kind. Let them flip you off, yell, honk, slam on the brakes; be the bigger person and let their attitude roll off your back. It can be very difficult to exercise restraint, but it’s worth it. Remember those deep breaths from when you first got into your vehicle? Try a few more right now.

You may even want to come up with an affirmation or mantra to repeat when you’re in a potentially dangerous driving scenario. Reminding yourself that “I am calm and in control of my emotions” or “I drive carefully and safely” can make a big difference.

How well do you know the rules of the road? It’s probably been a few years since your driver’s license test, after all! Now is the time to brush up.

Remember that if you’re on a multi-lane highway, the rightmost lane is for slower drivers. Use the middle lane(s) if you are driving with the flow of traffic and steadily passing cars on the right. The far left lane is for passing. Once you have passed the slower vehicles, fall back into the traffic pattern.

Keep a safe distance between your car and the one ahead of you. That distance will vary depending on driving conditions, but experts urge that following the three-second rule is the minimum. In inclement weather or other poor conditions, stay even further back.

Road rage can be dangerous; even worse, it can be deadly. And it’s awfully difficult to resist retaliating when another motorist does something boneheaded or aggressive — but it’s absolutely crucial to your safety and your psychological well-being. So it’s worth taking these tips to heart before you get behind the wheel again.